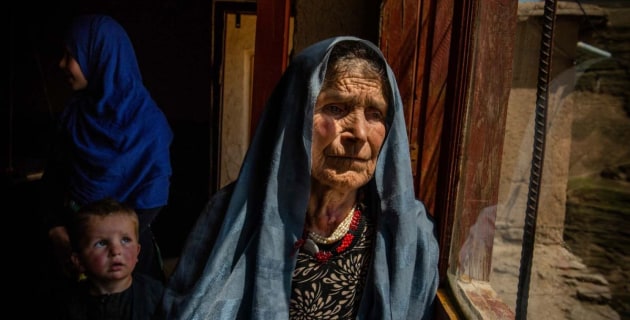 Iranian-born photographer Kiana Hayeri has been named the main category winner of the 42n/a annual Leica Oskar Barnack Award (LOBA). His submission, Written on ice, left in the sun, was one of the favorites of the jury. Meanwhile, German photographer Valentin Goppel took top honors in the Newcomer category with his series, Between the years.

The two winning series and the photographic projects of the finalists will be exhibited at the Ernst Leitz Museum in Leitz-Park Wetzlar, Germany, until January 2023.

After the withdrawal of Western troops from Afghanistan in the summer of 2021, it only took a few days for the Taliban to undo all the gains made in the areas of freedom of expression, women’s rights and education. , and to sow fear and insecurity in their place. Hayeri has lived in Afghanistan for seven years and her work revolves around the living conditions of women.

“My work focuses on Afghan women; the same women who were put at the center of war efforts to liberate them, shortly after the Americans invaded Afghanistan,” said Hayeri. “Today many of these women feel like they have been abandoned and left behind. Afghanistan is a place of extremes, where the best and the worst of humanity live side by side. Fear and courage, despair and hope, life and death coexist.

Check out his submission on this link.

Valentin Goppel: Between the Years, winner of the Leica Oskar Barnack Newcomer Award, 2022

Goppel’s series explores the impact of the pandemic on his generation. He, too, experienced the sudden break with the habits and feelings of insecurity that seemed to define people’s plans and futures. Corona was like a catalyst for an ongoing feeling of disorientation. Photography, however, offered him a tool to better understand his thoughts and fears, and allowed him to give visual expression to the feeling of abandonment.

“The pandemic has been an exceptional situation for all of us. We suddenly battled demons, which we had held back through familiar distractions,” says Goppel. we all felt so alone. My state of limbo drags on.

You can see the entire submission on this link.

Kiana Hayeri was born in 1988, in Tehran, Iran, where she grew up, before emigrating to Toronto, Canada, as a teenager. In 2021, she received the Robert Capa Gold Medal for her series, “Where Prison Is a Kind of Freedom”, documenting the lives of Afghan women in Herat prison. In 2020, she received the Tim Hetherington Visionary Award and became the sixth recipient of the James Foley Award for Conflict Reporting. Hayeri is a Senior TED Fellow and works regularly for The New York Times and National Geographic. She lives in Kabul, Afghanistan.

Valentin Gopel was born in Regensburg in 2000. He was still a teenager when he started photographing. In 2019 he started studying photojournalism and documentary photography at the college in Hannover. His work has been published among others in Spiegel and Die Zeit. He is currently working on his first photo book.