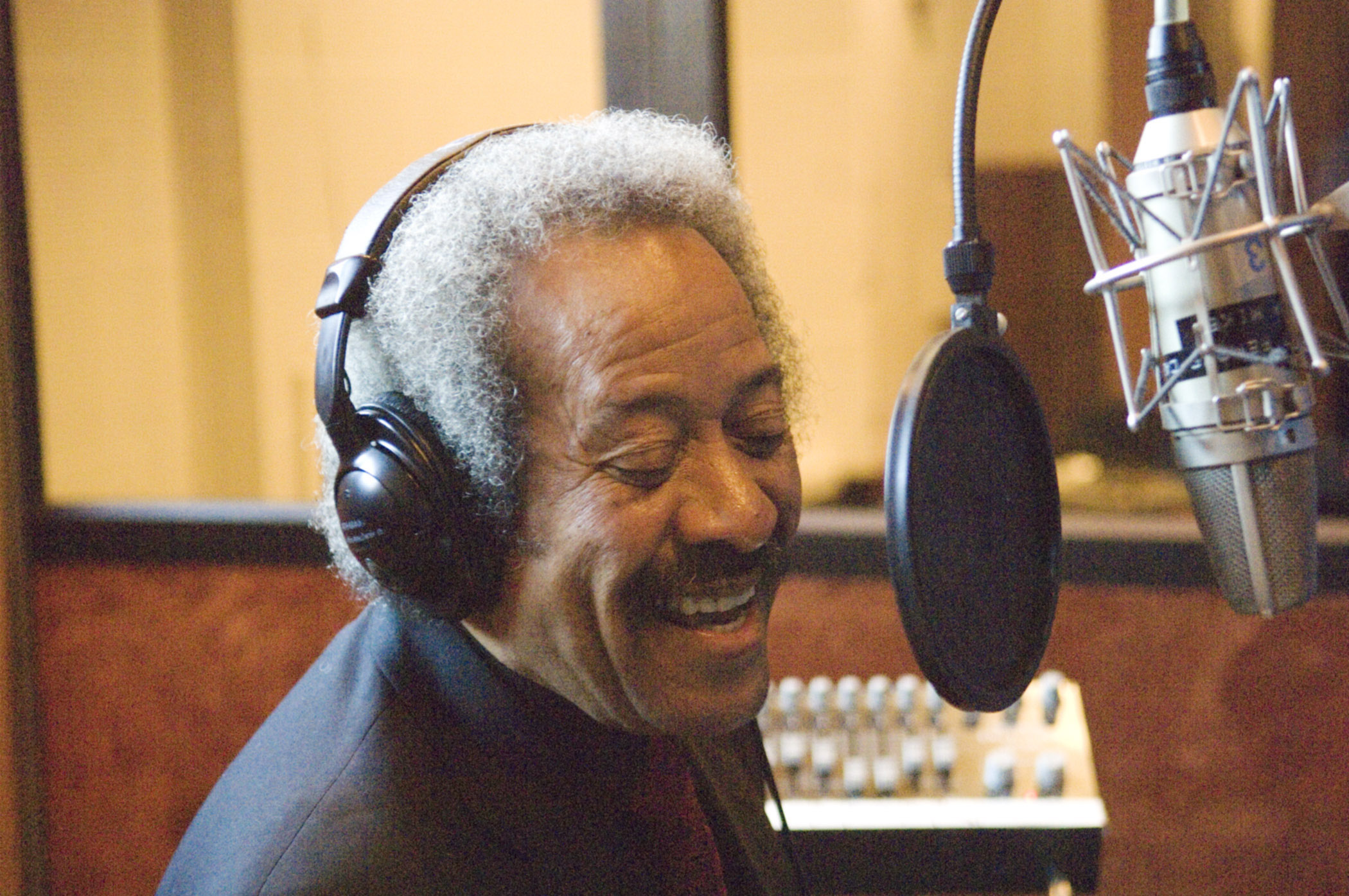 Allen Toussaint in the studio. 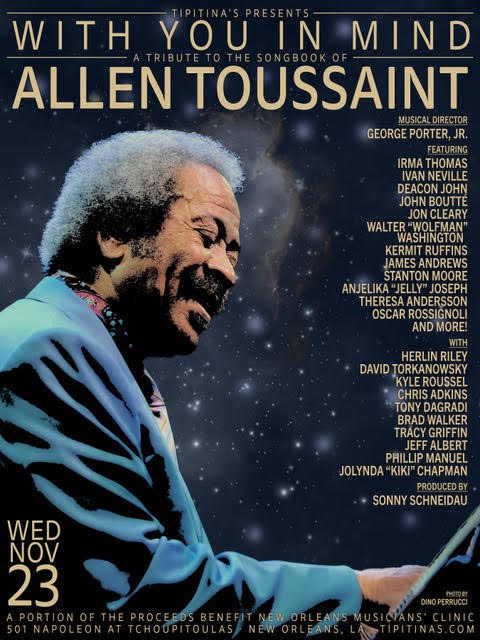 Few people have left such a deep mark on the history of New Orleans music than Allen Toussaint. He was such a versatile performer that he fantasized about Huey “Piano” Smith and Fats Domino in his early stage days. He is also a talented songwriter with Lennon/McCartney. Perhaps most importantly, Toussaint was a producer who almost single-handedly transformed New Orleans into a hit factory that rivaled anything New York, Los Angeles, Nashville or Detroit could muster at a turning point in the world. history of popular music at the dawn of the 1960s.

Allen Toussaint’s catalog of songs is huge– he was definitely the man of the New Orleans music renaissance. Toussaint not only composed great songs, he was an arranger, producer and performer who crossed styles with enthusiasm and panache. In 1963, Toussaint wrote and produced “Ruler of My Heart” for Irma Thomas, crafting a song with a smooth medley of drum brushes, lightly strummed guitar, bouncy bassline, and Thomas’ deliciously restrained vocals. Otis Redding would later reinterpret it as “Pain in My Heart”, but in Thomas and Toussaint’s version, you can hear New Orleans, elegant yet ethereal.

Get ready for Tipitina’s tribute to Allen Toussaint’s songbook as you learn about some of his most famous songs.

In the OffBeat book “300 songs for 300 years», several Toussaint songs are covered. Here are some excerpts:

“Fortune Teller” “Lipstick Traces (on Cigarette) (Benny Spellman, 1960)
The hypnotic Latin-tinged rocker “Fortune Teller” was half a double-sided hit as it shared the Minit set with the ballad “Lipstick Traces (on a Cigarette).” A former Southern and Clown football star (as in Huey Smith), the affable Spellman was one of Minit’s original artists, coming to the label in a giant talent audition overseen by Allen Toussaint and Minit boss Joe. Banashak in 1959.
The Rolling Stones performed “Fortune Teller” on live broadcasts, and it was included on the CD Live if you want!—Jeff Hanusch

“Stepmother” (Ernie K-Doe, 1961)
A number one, million seller, “Mother-in-Law” will forever be associated with the larger than life Ernie K-Doe. Written by Allen Toussaint, the origin of the song has been the subject of colorful debate. “Allen wrote it down and threw it away,” K-Doe said in 1982. “He balled it up and threw it in the trash. I saw it in the trash and I took it out. I looked at the words and I said, ‘Hey man, it’s okay. I want to do this.'”—Jeff Hanusch

“All These Things” (Art Neville, 1962)
Perhaps the ultimate New Orleans slow dance, “All These Things” exudes romance, from the languid tempo to the spoken word interlude to the muted trumpet playing the instrumental hook.—Brett Milano

“Ruler of My Heart” (Irma Thomas, 1963)
After a sassy debut with “Don’t Mess With My Man”, Irma Thomas found her true niche with emotional ballads. Written by Allen Toussaint under her alias Naomi Neville, “Ruler of My Heart” ended the Minit race and is perhaps the most intense song of the lot. “A song like that really sells,” Thomas says of the song – which, like all Minit singles, was a regional hit but missed the national charts.—Brett Milano

“Java” (Al Hirt, 1963)
You couldn’t ask for a more mythical New Orleans scene than this: It was early morning after a late-night session and pianist Allen Toussaint burst into this cheery tune, fueled by the smells of fresh coffee and donuts from outside the studio; passers-by in the street heard the music and started dancing. Toussaint confirmed in the notes of a reissue CD that it really happened that way – and the aroma probably came from Café du Monde, since Cosimo Matassa’s studio was then a few blocks away on Governor Nicholls. Street. Toussaint also said that he built the song on the idea of ​​parallel fifths and to him it had an oriental feel. That morning, the daydream gave “Java” its title, unlike many of the instrumentals on Toussaint’s debut album, which his then-manager named after racehorses.—Brett Milano

“It’s Raining” (Irma Thomas, 1963)
As of 1963, “It’s Raining” is still one of Irma Thomas’ most recognizable and popular songs, especially around the parish of Orleans. Toussaint (who often composed songs under his mother’s maiden name, Naomi Neville) was a virtual treadmill of hardware. Material ideas often came to him at the oddest time. Toussaint once revealed that the inspiration for “It’s Raining” came to him in the bathroom of Cosimo’s studio while he was relieving himself!—Jeff Hanusch

“Yes We Can” (Allen Toussaint, 1970)
A sense of social and racial injustice permeated the writings of Allen Toussaint in the late 60s. “Yes We Can” is a catchy song that trusted humanity to come together and do it right. His ever-resonant message—”We must help every man be a better man, with the kindness we give”—is propelled by his Dorsey/Toussaint vocal compromises and a signature Meters groove.—Brett Milano

“What is Success” (Allen Toussaint, 1970)
“What Is Success” introduces the philosophical tone of his upcoming solo work, taking some cues from the records Curtis Mayfield was once making. The studio players (not the Meters this time, but most of Dr. John’s studio team) give him a proper slow burn. His clear lyrics speak volumes about the struggles of black society at the time, asking if joining the mainstream was the answer – “What is success, does it do your thing, or do you join the rest ?” The song rose to fame when Bonnie Raitt recorded it in 1974.—Brett Milano

“Southern Nights” (Allen Toussaint, 1975)
“Southern Nights” was obviously Toussaint’s favorite song (he played it at virtually every show, and even dubbed himself “the Southern Knight” on his website in the 2000s. was the only Toussaint song to dominate both the pop and country charts.
The song was greatly expanded when Toussaint performed it on solo tours in the 2010s. In a beautifully constructed monologue, Toussaint recounted the moods that inspired the song – visiting family in the countryside, sitting on the porch with no electricity, feeling confused by the stories the old men and women were telling, but feeling that “there was someone on that porch who could do anything for anything I needed. As Toussaint rarely said more than a few words on stage, the monologue was surprising at the time. Heard today sounds like the clearest look at his heart he has ever offered.—Brett Milano

And a song Toussaint didn’t write:

“Lady Marmalade” (Labelle, 1974)
It was producer Allen Toussaint’s idea to cut the song with Labelle, using three-quarters of the meters in his studio band (drummer is Herman “Roscoe” Ernest, not Zigaboo Modeliste). Toussaint’s timbre is strong enough that many assume he wrote it, especially since the song appeared regularly in his live sets for decades afterwards.
Few songs evoke New Orleans sex appeal better than this song, about an innocent guy who finds true love (or something temporarily resembling it) with a prostitute. “Lady Marmalade” was just risque enough to hit the radio, giving impressionable ’70s teens some cheap chills – and in more than a few cases, the first French phrase they’d ever learn.
The song was written by Bob Crewe (member and songwriter of most Four Seasons songs) and Kenny Nolan. Crewe and Nolan’s team also wrote Frankie Valli’s “My Eyes Adored You.”—Brett Milano

There are a million other songs – the hardest part of organizing the Tipitina show will be knowing which songs to choose.

Tipitina’s tribute to Allen Toussaint’s songbook will take place at Tipitina, 501 Napoleon Avenue, on Wednesday, November 23, 2022, at 8 p.m. A portion of the proceeds will be donated to the New Orleans Musicians Clinic. Tickets are available here.