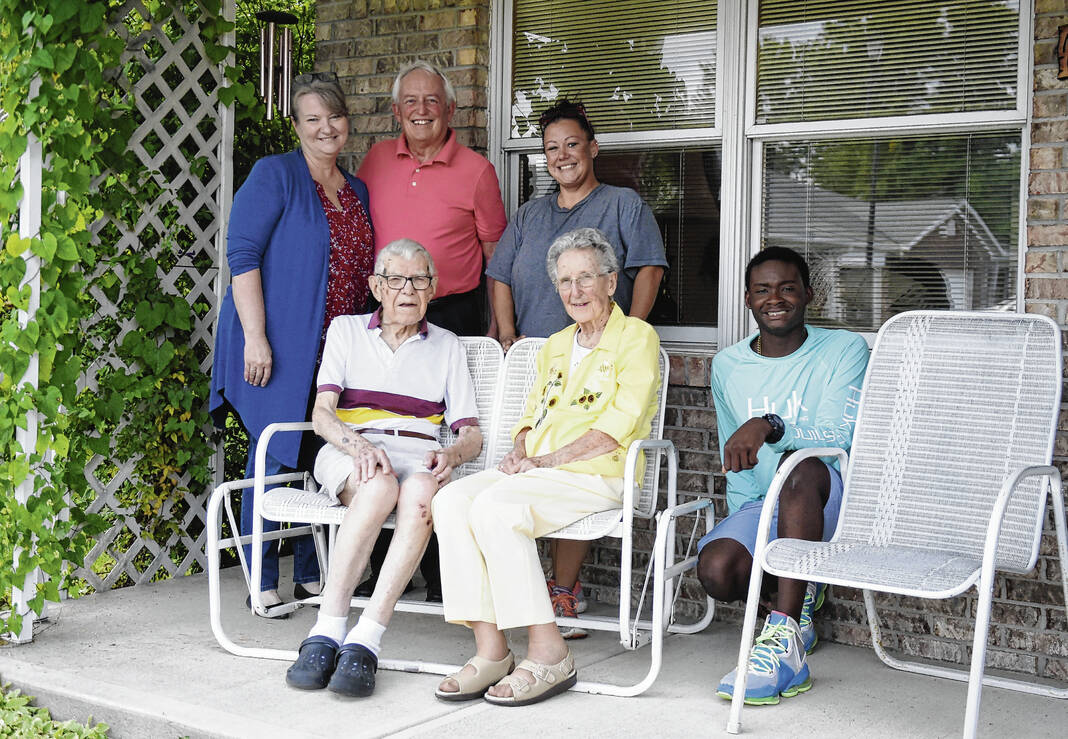 The Model T raced down the dirt road of Trafalgar Farm with one goal – California or the bust.

Iliff and Oma Mitchell, joined by Iliff’s father and sister, set out on October 13, 1922, determined to drive from Indiana to winter in the temperate climate of the San Bernadino Valley.

They would cross the Mississippi River on a ferry, endure the endless horizon of the Great Plains, brave the peaks of the Rockies before reaching Southern California. The journey was long, slow and difficult. But they did, documenting every step of the 19-day excursion with photographs and descriptions.

Their perseverance is legendary in the Mitchell family and fascinated their grandson, Craig Mitchell.

“It was 19 days of hard driving to get there, and no one in their right mind would get in a Model T and drive on dirt roads for 19 days unless they really, really want to get there,” did he declare. . “I learn so much more about my grandparents from this.”

One hundred years to the day, Mitchell and his wife, Kathy, are following in his grandparents’ footsteps across the United States. The couple plan to depart Oct. 13 from the same Trafalgar farm that served as a starting point for Iliff and Oma Mitchell in 1922, then chart a course to Redlands, California, staying as close to the same path as possible.

The Mitchells are able to do so thanks to the information transmitted by Oma Mitchell during the initial trip. In a similar vein, they plan to use social media to record their own journeys, in the hope that future generations of the family can relive it as well.

“I want my great-grandchildren to be able to do this trip again if they want to, and have a lot of the history already,” Craig Mitchell said.

Iliff and Oma had only been married for weeks in 1922 when they embarked on their journey. They would spend their honeymoon traveling to stay with Iliff Mitchell’s aunt, who lived in California, and stay over the winter to work on a farm.

They intended to do it in 19 days, to beat the snow in the mountains, said Craig Mitchell.

On their return trip in the summer of 1923, they took a more relaxed approach, touring and meandering across the country with stops at Yosemite and Yellowstone National Parks.

Their starting point was the family farm just off present-day State Road 252 in Trafalgar, although it looked very different at the time, said Nolan Mitchell, Iliff and Oma’s son and father. by Craig Mitchell.

“There was barely a road,” he said.

For most of the trip, they would follow the Pike’s Peak Ocean to Ocean Highway – a route that stretched from New York to Los Angeles through the heartland. At each stop, they camped.

They could only travel about 200 km a day, in a car without heating, air conditioning, windows or windshield wipers.

Oma Mitchell had received a camera as a graduation present in 1916 and used it to take pictures along the way. She captured the sparse canvas tent used for camping in Rockville, Illinois on the first night of their trip. Another photograph showed an adobe building that served as a school in Arizona.

The group posed next to a mass of petrified trees in Arizona – the only sightseeing stop they made on their trip to California.

Oma Mitchell also jotted down a sentence or two each day, documenting mileage or any unique event that happened. Thanks to her, the family know they had to stay at a hotel in Flagstaff, Arizona when they got stuck in 14 inches of snow. And they know the group was pulled over for speeding in Kansas – impressive, since the Model T had no odometer and could only reach about 35 miles per hour.

The photographs and notes from the trip had been passed on to their son, Nolan Mitchell, Craig’s father. About six years ago, Nolan Mitchell and his family wrote a little book about travel.

The collection stirred something at Craig Mitchell.

Other family members had been to the places where Iliff and Oma Mitchell stopped on their journey, but no one had made it all in a straight line following their route.

Committed to the plan, Craig Mitchell had to work out the details. He started by convincing his wife, who had to arrange to work remotely during the trip.

Their plan was to go from town to town like Iliff and Oma Mitchell did, staying at the same stops along the way.

To take them to California, the Mitchells opted for a 29-foot trailer pulled by an SUV – there would be no Model T for them.

“It doesn’t say silly on my forehead,” said Craig Mitchell.

The Mitchells have also contacted newspapers, museums and libraries in the communities they will stop in along the way. Many expressed interest in meeting with them, and a library in Scandia, Kansas asked if they would be willing to do a program.

Meeting all the different people will be meaningful, Kathy Mitchell said.

“I don’t know if I look at the ‘what’ as much as the ‘who’,” she said. “That sense of community really appeals to me.”

Although the original thoughts were to have their grandchildren travel with them, the logistics of removing them from school would be too difficult. So instead, the grandchildren will join parts of the trip.

“So between my great-grandfather on the original trip and our grandchildren on this one, there will be six generations of family that have done this,” Craig Mitchell said.

“It’s not so much about becoming active in this area. It’s not that I want to be famous. But I wanted to document this trip the same way my grandmother documented it,” said Craig Mitchell. “Images are beautiful, but if I can film them, we can capture a lot more meaning.”