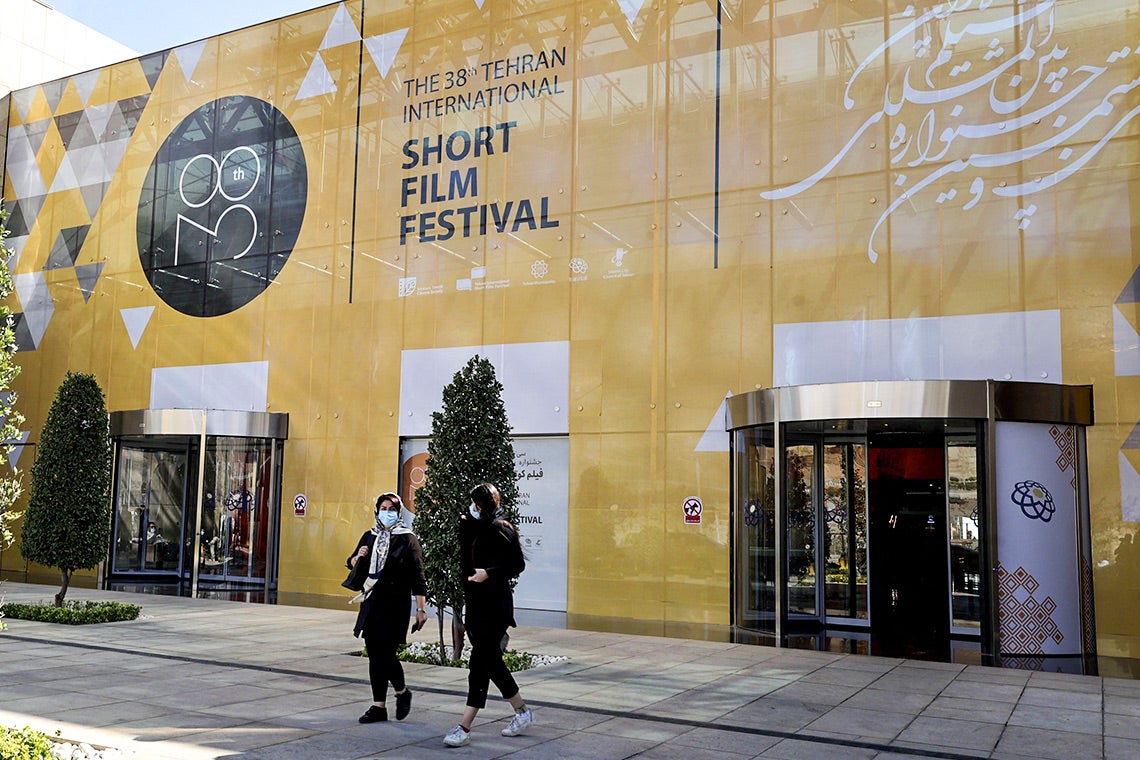 A hub for the study of Iranian history and culture, the University of Toronto has signed a multi-year partnership with the Encyclopedia Iranica Foundation to share a wealth of information about Iranian poets and Iranian cinema with the world.

First published as a booklet in 1982 and online since 1996, the encyclopedia provides scholars and the general public with information on Iranian civilization written by 1,300 scholars. The agreement between the university and the Encyclopedia Iranica Foundation invites University of Toronto scholars to contribute new research to digital collections titled “Iranian Women Poets” and “Iranian Cinema.”

“The new institute has over 20 faculty and twice as many graduate students, and there is a vibrant Iranian community in Toronto and Canada, all linked to sources of intellectual and artistic creativity. It was therefore rather opportune for the university to launch a project like this,” said Tavakoli-Targhi, who is also a professor in the Department of Near and Middle Eastern Civilizations at the Faculty of Arts and Sciences and at the department of historical studies. at U of T Mississauga.

The research effort will involve scholars from around the world, but the research and writing team will be based in the Department of Near and Middle Eastern Civilizations. Research assistants will be jointly funded by the university and the Encyclopedia Iranica Foundation.

Iran has a rich tradition of poetry by women writers such as Tahereh Qurrat al-‘Ayn and Forough Farrokhzad (illustration: I, Stefan Back, public domain, via Wikimedia Commons)

The Iranian Women Poets project will spotlight writers whose work has often been overshadowed by their male counterparts such as Rumi, Hafez and Omar Khayyam.

Tavakoli-Targhi notes that poetry remains an important part of daily life in Iran. It is not uncommon for Iranians to recite verse or turn to poetry for ethical guidance.

“Until recently,” he says, “the general academic understanding was that Iranian literature was exclusively the domain of men. But thanks to the work done over the past 40 years by scholars of literature, we now know that women have been writing poetry since the 10th century.

Important female poets include Rabi’ah Balkhi, a tenth-century poet; Mahasti Ganjavi (born around 1089); Tahereh Qurrat al-‘Ayn, a 19th-century writer who was not only a poet but also a women’s rights activist and theologian; and Forough Farrokhzad, whose work has been revered by many since his life was cut short after a car accident in 1967.

The second digital compendium, Iranian Cinema, is related to the first in that women and poetry have played a key role in the development of Iranian films.

“Iranian cinema has distinguished itself from cinema in the rest of the world because it is influenced by poetry,” Tavakoli-Targhi said. “And some of my colleagues have argued that over the past few decades, cinema has replaced poetry as the form of Iranian self-expression. What’s also interesting is that in Iranian cinema, female directors, female producers , actresses, etc. attract more public attention. They follow what one of my colleagues called the “cinema of empathy”, a kind of cinema where women emerge as a universal subject, as someone to who the audience would like to be, because they are benevolent characters: they take care of their family, but also of their community and their nation.

In recent years, filmmakers such as Rakhshan Banietemad and Abbas Kiorastami have become known to Western audiences. But as Tavakoli-Targhi notes, the estate has a long history. “During the first decades of the 20th century, Iran became a site where creative artists from Russia and Eastern Europe came to do very good work. You saw them come and create, the same way European immigrants to the United States created Hollywood,” he says.

Tavakoli-Targhi is thrilled that the new resource projects are truly international, with contributions not only from the many linguistic and cultural groups present in Iran, but also from the variety of scholars studying these topics abroad.

It currently convenes a Canadian Society for Iranian Studies and has held a regular Friday seminar series that has attracted nearly 4,000 attendees. An event planned for Nowruz (Iranian New Year) at the end of March will also honor female poets.

Tavakoli-Targhi celebrated the recent boom in cultural knowledge exchange that is fueling these new initiatives and could lead to others.

“I often think of the COVID era as the simultaneity of spring and fall,” he said, “because you have the withering away of all these community networks that we used to have – but also the emergence of a new type of connection.”

The solution to the culture wars on campus? Radical inclusion.