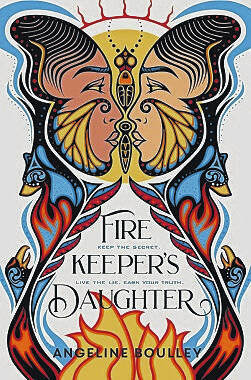 The successful native author will speak at the UNCP

Boulley, author of Firekeeper’s Daughter, will be the final guest in the 2021-2022 Distinguished Speaker Series. The event will take place at 7 p.m. at the Upchurch Auditorium located in James A. Thomas Hall.

Tickets are $10 for general admission and are free for UNCP faculty, staff, and students. For tickets, visit uncp.edu/gpactickets.

“We are delighted to wrap up this year’s series with Ms. Boulley,” said Abdul Ghaffar, Vice Dean of Students.

“She is one of the best authors in the United States. She excels in her craft and is an excellent role model. We are pleased that she concludes both the 2021-22 Distinguished Speaker Series and a strong month of women’s history programs at the UNCP.

“It is an honor to have Ms. Boulley come to the UNCP,” said Ashley McMillan, director of the American Indian Heritage Center and American Indian Liaison to the Chancellor.

“The Firekeeper’s Daughter is a wonderful book that many can relate to. It brings visibility to contemporary issues facing Indigenous peoples today, and I am thrilled that the UNCP community has the privilege of learning from such a wonderful storyteller,” McMillan continued.