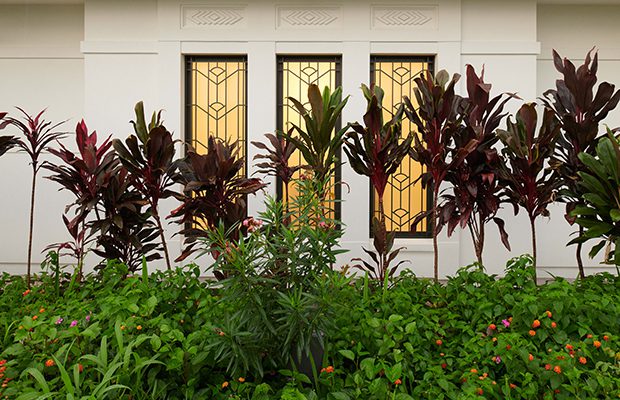 The Highs and Lows of Church Growth

Cover image: Exterior of the Kinshasa Democratic Republic of the Congo Temple via ChurchofJesusChrist.org.

Today, the once “warm” and fertile grounds for evangelical proselytizing are experiencing little growth, if not contraction. Around 2013, for example, Athens, Greece expanded into eight branches with great enthusiasm for more. Then a man came across the Latter-day Saint missionaries and pretended to be enthusiastic about being educated. Soon he was baptized and quickly became acquainted with the Saints of Greece in as many branches as possible. Then, his true colors came out.

Whether he was a plant of the Greek Orthodox Church or simply an adherent, this man turned out to be a professional journalist who grounded himself in the Church of Christ. He knew that the Greek Orthodox Church had a great influence on daily life in Greece. Getting married or even getting good jobs depended on your orthodoxy with the Orthodox. The influence was so strong that young people who joined the Restored Church dared not tell their parents. So when this guy published the names and contact details of the members of the eight branches in the press, a depression set in. People dared not attend and today there is only a small branch in Athens.

This too should pass.

The growth of the Church of Jesus Christ comes and goes. At the Sermon on the Mount, his supporters were legion. At the cross, not so much. Peter presided over an expanding base in Israel with Paul and other apostles deployed to capture the hearts and minds of those in Israel, Turkey, Greece and elsewhere. One by one the apostles were killed and the Church was lost from the earth although the faith remained strong in the hearts of the faithful.

With the restoration of his Church, hundreds and thousands of people gathered around the Prophet and gathered in Kirtland. So the apostles fell away. So many people have fallen. England and Sweden soon flourished and gathered my ancestors.

Today, those fertile lands that sent so many Saints to Utah—Sweden, Germany, Switzerland, England, and so on—are growing slowly, at best.

Where is the fertile gospel soil today? We see growth in places unimaginable. Admittedly, I am surprised by the growth in India. But even more, the meteoric growth in Africa. In 2011, Jeffrey Holland said, “Africa will one day be seen as a bright land full of hope and gospel happiness.

Consider these numbers in light of Elder Holland’s prophetic statement:

Why are they joining The Church of Jesus Christ of Latter-day Saints in record numbers?

David Bednar has a pretty good explanation: “Africa was influenced in many parts of the continent by early Christian missionaries. When you go to visit a congregation there and recite a Bible verse, everyone in the congregation, without looking at a text, can recite it with you. There is a very strong Christian tradition. So the message of the restoration of the early church strikes a chord with these people. They come, they see our congregations, they participate and they want to join.

The Kittlesons recently returned from a mission in Africa. Steve is a therapist and Kathy assisted him as regional mental health counselors with missionaries in the Africa West Area, which included 17 missions and the Ghana MTC. My questions and their answers follow:

Stoddard: What have been the greatest challenges for the people of West Africa?

Kittens: Higher education, employment and the cost of marriage. Higher education is very expensive. And even when a person graduates, we’ve heard that it would take them two to six years to find a job in their specialty.

Unemployment and underemployment are two big challenges. The cost for young adults to marry continues to include the bride price when a young man has to pay the young woman’s family a large sum in cash or goods or gifts in order to marry her.

In addition, to rent an apartment, a couple must save one year’s rent to be paid in advance. Therefore, many young people delay marriage until they have enough money to take care of these two problems.

Stoddard: How is the Church handling growth in West Africa where you served?

Kittens: One way is to use a program called The Gathering. This allows young single adults to meet regularly and have institute classes, Pathway, learn to type, learn a new language, find out about job opportunities, have access to the Perpetual Education Fund, etc.

Stoddard: How receptive are people to the gospel?

Kittens: In West Africa, people are very humble and very faithful. They are ready to talk about Jesus Christ at any time. It is easy for missionaries to approach them. Whenever we asked someone if they believed in Jesus Christ, they often replied, “Yes, he is my friend.” This makes it easier to talk to them and introduce them to the restored gospel of Jesus Christ.

Stoddard: How can our readers help?

Kittens: Best to go there if possible. There are many good sources of senior missionaries for church growth in Africa. Elder Jorge Klebingat serves there with Elder Gifford Nielsen as region chair.

Just as Christ’s Church grew, contracted, and expanded during his time and soon after, just as Christ’s followers in the Book of Mormon ebbed and sank, so the growth of today will follow. Remember that Nephi’s prophecies about the Church of the Lamb of God would encounter enormous opposition and would remain relatively small.

Perhaps a tipping point has been reached for the Gospel to grow in fertile ground in Africa. They need it as much as any people and seem to be especially prepared for the restored gospel. Reaching these African saints is so possible through the internet. Making friends there can go a long way toward sharing the blessings of the gospel both for you and for those you meet.

Guards take a group of people on February 8, 2023 to Tanzania, East Africa. While there, we will visit the Arusha Branch of The Church of Jesus Christ of Latter-day Saints and learn how the church is progressing there.

We will also meet the general population of Tanzania in small towns and children in schools. Additionally, we visit an ancient Maasai tribal village. We see them in their authentic houses of mud and living stick as their ancestors have done for millennia.

Between visits we see the highly diverse topography of majestic Mount Kilimanjaro and Mount Maru, crater floors in Ngorondoto and Ngorongoro, the archaeological excavations of Olduvai, the majestic lakes of Momella and Manyara, the Rift Valley and the “eternal plains” of the Serengetti with millions of animals on our game drives.

CLICK HERE for more information on how you can participate in the trip.