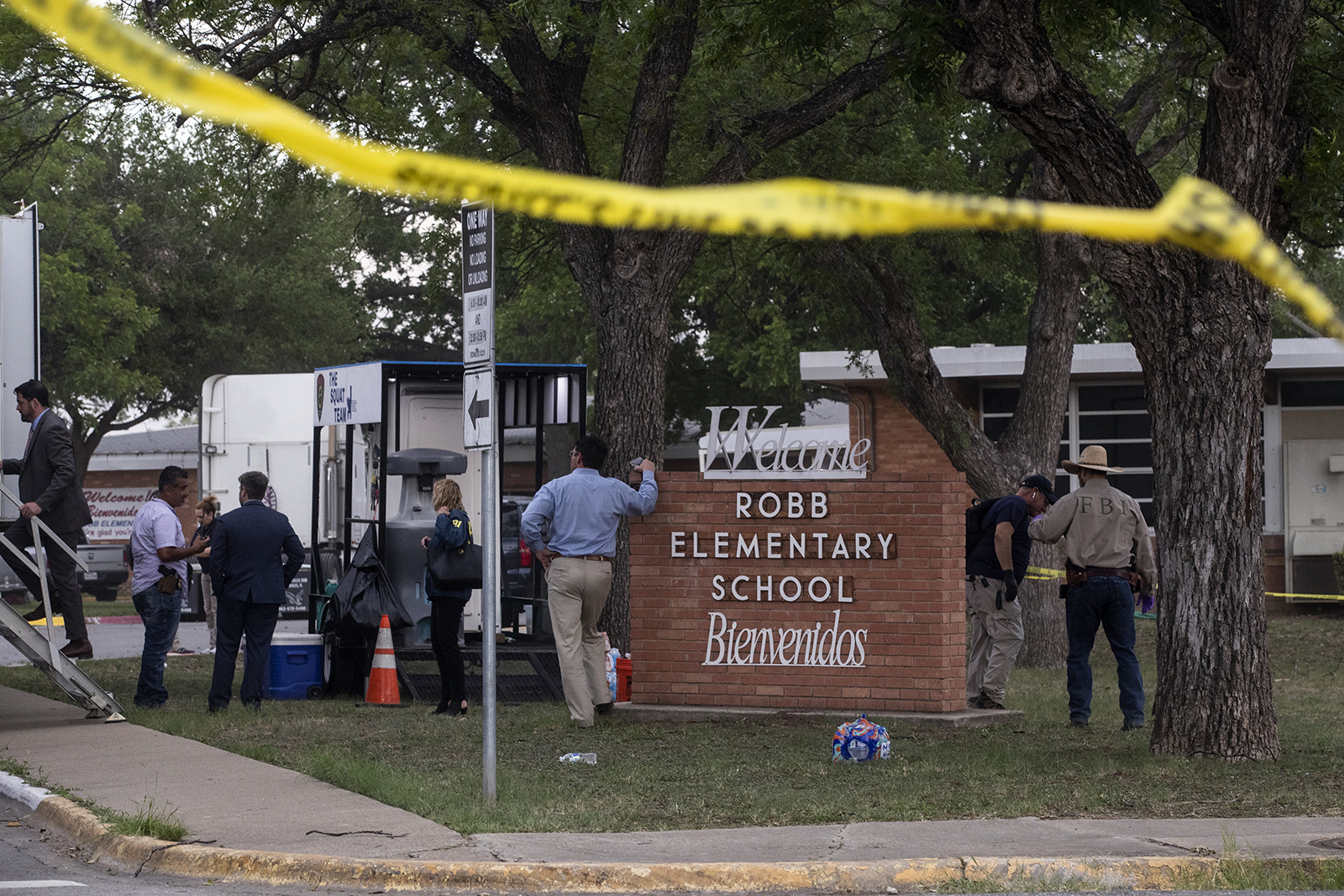 The difficult conversation I had with my CM2 student

Yesterday was tough. And I, like all parents, had to figure out how to explain to my fifth-grade student what had happened at a school like his, while still treating him myself.

All the way to the carpool lane yesterday, I thought about my son’s typical school day. I thought of the video her music teacher, who only sees them once a week, sent to parents on Monday: her class proudly played “Beauty and the Beast” on the keyboards as she recorded their remarkably poor final performances of the year.

I was also fully aware that this was not the first time we had talked about gun violence at school. In fact, as I was preparing to write this, I went through my old files and found a note from about seven years ago.

“My 4 year old knows how to hide from a shooter. He learned it in school,” I wrote. door and we’re playing statues in the closet.'”

He told me last night that he’s been hiding better since kindergarten.

It’s the second time this year alone that we’ve talked about it, and each time it’s just a little more devastating.

Earlier this year, a student brought a gun on the bus that carries both middle and elementary school students. It was briefly at my son’s school, since the bus drops off there.

I read the letter from school as my incredibly tense child sat on the couch next to me. We talked about what to do if someone had a gun in their school, to listen to their teacher and follow their instructions carefully.

“Mrs. Taylor isn’t that tall and she hates fighting. How is she supposed to protect us all?” he ordered.

“Sometimes it’s braver to admit you’re scared and ask for help,” I told her.

“Can we snuggle up on the couch?” ” He asked. “Today was very stressful for me.”

Tuesday afternoon, he asked me if he had the right to have weapons at school after I told him what had happened in Uvalde. (We’d rather talk to him about these things and talk about them than tell him about them at school.)

“No, mate, that would get you kicked out of school,” I said.

“Well, if this continues, it will eventually happen in my school,” he said. “What am I supposed to do?”

I explained what I’ve learned from the active shooter training I’ve taken part in: try to run first, hide if you can’t, then fight if you have to.

“But promise me you’ll always try the first two first,” I said.

“Sure, but just because those fists weren’t made for punching,” he said.

“I was thinking more of throwing a chair at the shooter, or a book,” I said before showing him how to break someone’s nose with the flat of my hand.

And no, absolutely none of the baby books prepare you for talking about how to tell your child what to do during an active shooter situation. I have found my go-to resource for talking to kids about difficult topics is the Momentous Institute. If you find yourself wading (like me) they offer really good advice here and provided more on their Twitter feed too.

As we sat on the couch after our impromptu hand-to-hand combat lesson, my son – always the solution guy – had an idea.

“I really think it would be easier to say that some people shouldn’t have guns, and maybe it should be a little harder to get them,” he said. “Has anyone thought of that?”

I told him that if he thought it was a good idea, he should think about how to share it. I then tried to reassure him that so many of the people responsible for running Dallas ISD are working very hard to make sure he and his classmates are safe. He asked if we could pray for the families facing tragedy, and we did. I anticipate he may have more questions later, and I will try to answer them as honestly and appropriately as possible.

But I don’t know if I can tell my child that he will never encounter what the kids at Robb Elementary did on Tuesday morning.

I don’t know how to tell him it won’t happen, because it could be a lie, and he knows it too.

The most important Dallas news stories of the week, delivered to your inbox every Sunday.

Bethany Erickson is the Senior Digital Editor of Magazine D. She has written about real estate, education policy, the stock market, and crime throughout her career, and sometimes at the same time. She hates lima beans and 5 a.m. and takes SAT practice tests for fun.

Repatriation of rare encyclopedia turns the page on restoration efforts