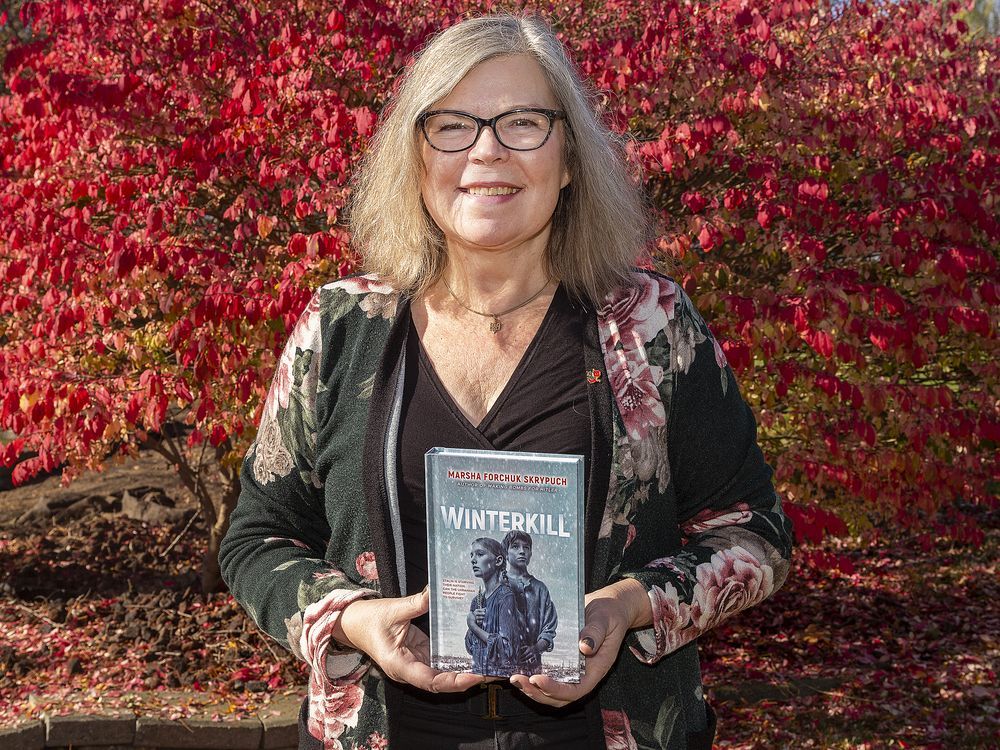 The author aims to develop empathy in young readers

Winterkill – the latest book by Brantford author Marsha Forchuk Skrypuch – draws eerie parallels to the current war in Ukraine despite being written before the invasion of Russia in February.

“I just finished the final cut at the time of the invasion,” Skrypuch said, noting that she started the book in 2020 and finished it in June 2021.

“It was like everything I wrote here, you read it and it’s like reading the news. It’s really upsetting.

The award-winning Ukrainian-Canadian author writes about war from a youth’s perspective.

Winterkill is set during the Holodomor, a man-made famine in Soviet Ukraine that killed millions between 1932 and 1933. Canada recognizes it as genocide.

Skrypuch noted that this famine was the result of then Soviet Premier Josef Stalin embarking on a five-year plan to modernize his country.

“It was really a ploy to take all the grain away from the Ukrainians, seal the borders and wait for the Ukrainians to die,” she said. “If they tried to run away, they were shot.

“Does this sort of thing sound unfamiliar to you?”

Skrypuch said it was difficult to determine how many millions of people died during the Holodomor because census takers were shot and American, Canadian and British journalists got corrupted and published lies.

“When you’re writing about something as massive as this for a young audience, you have to have input.”

She said that the central character of Winterkill is Alice, the daughter of a machinist at the Massey-Harris farm equipment factory. She travels to Ukraine with her father, who wants to help with industrialization.

Skrypuch said Alice got caught up in the Young Pioneer movement and Communism and ended up being used to help with the grain harvest.

“She thought she would be welcome and thought she was doing good,” she said. “There are so many parallels with Russian soldiers now who thought they were liberating the country (Ukraine).”

She said it was difficult to decide whether to write about the Holodomor after articles she wrote on the subject decades ago resulted in hate mail and death threats.

The author has stated that it was difficult for him to write about the Second World War, the setting of many of his books. And Winterkill deals with the death of children because they are denied food.

“I thought it was an untouchable subject, but with the support of this publisher (Scholastic Inc. in the United States), I felt I could do it.

“This is the right book to publish at this time. A lot of schools use it for that reason because it’s a doorway for people to understand what’s happening on the news right now.

Skrypuch said readers of Winterkill will understand that the current war in Ukraine is not an aberration, but rather the way Russian governments have operated for centuries.

She said she writes books for younger audiences – usually mid-levels – telling them stories they’ve never heard before, sparking an interest in reading and building empathy. at the same time.

“I have so many kids who write to me and say they hate reading until they read Making Bombs for Hitler, by far my best-selling book,” she shared. “They say, ‘Once I read this book, I read everything else you wrote, and then I moved on to other authors.’

Skrypuch will launch Winterkill at the downtown branch of the Brantford Public Library on November 24 at 6 p.m. Copies of the book will be available.

The book is available at Green Heron Books in downtown Paris.