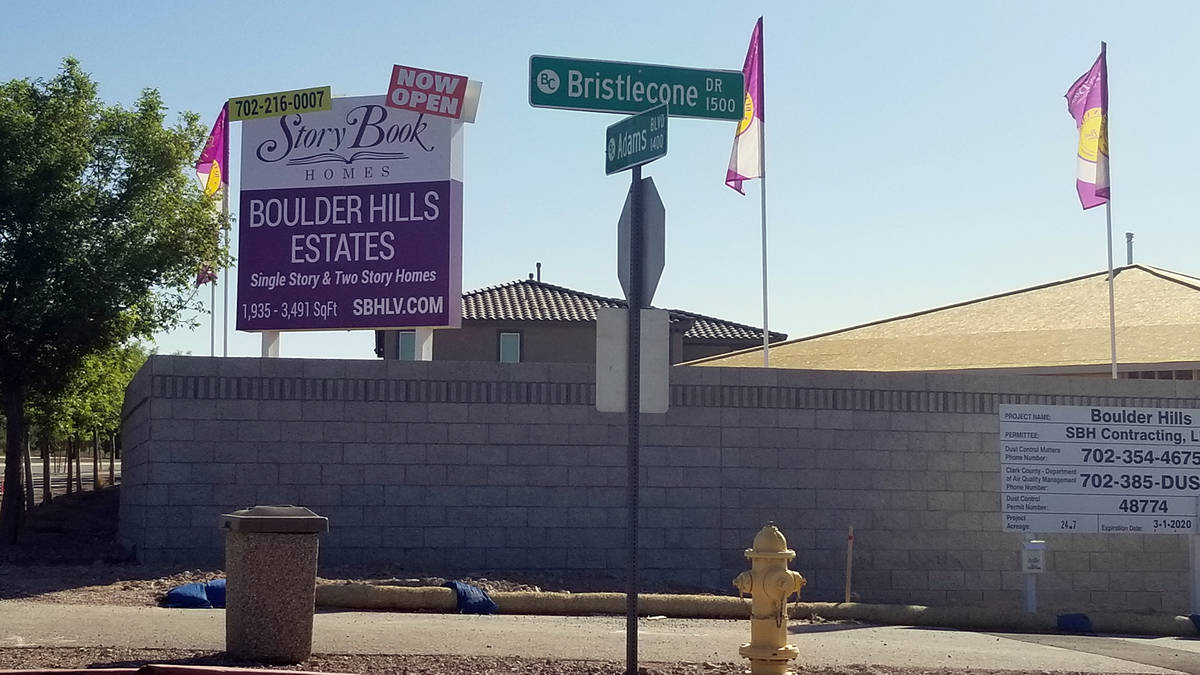 StoryBook gets a new chapter after the sale to Toll Brothers

The recent sale of StoryBook Homes will not affect its local development, Boulder Hills Estates.

“It’s all the same,” said Wayne Laska, founder of StoryBook Homes. “Everyone is still here.”

Laska and his wife, Catherine, founded StoryBook Homes in 2003 and have built more than 1,700 homes in Las Vegas as well as Boulder Hills Estates, the 127-home development near the intersection of Adams Boulevard and Bristlecone Drive.

Wayne Laska said he and his wife had been considering selling their business for some time, but it didn’t materialize until the last few months. He said Toll Brothers approached him because they wanted to focus on first-time home buyers and movers.

In addition to the lack of change for Boulder Hills Estates, Wayne Laska said the company plans to move forward with submitting an RFP for the Tract 350 in Boulder City. This 45-acre parcel of land is adjacent to the northeast portion of the golf course and south of Adams Boulevard. The sale was approved by voters in 2010. In March, the city council asked staff to write the request for proposal.

StoryBook broke ground on the first phase of Boulder Hills Estates in March 2018. There are three phases to the project. Phases one and two are complete and eight of the 40 units in phase three have sold, according to Wayne Laska.

The single-family home development was the first new subdivision in the community in nearly 30 years.

Wayne Laska said he will continue to work, but he and his wife plan to travel and spend more time with their family.

Toll Brothers is based in Pennsylvania and has built luxury homes across the country. Currently, he has built 16 luxury home communities in the Las Vegas area.

She and StoryBook sell a relatively small number of homes in southern Nevada. The acquisition, however, gives Toll Brothers a foothold in a more affordable slice of the market, expanding its pool of buyers as prices hit record highs in southern Nevada, and further shores up Nevada’s homebuilding sector. the valley in the hands of publicly listed national developers.

Gary Mayo, Toll Brothers Group President, said in a statement to the Las Vegas Review-Journal that the company “has been expanding its product offering in Las Vegas and across the country for many years,” with base prices in the Southern Nevada from the upper range of $400,000 to over $1.3 million.

StoryBook Homes is the 14th homebuilder acquisition by Toll Brothers since 1995.

Storybook Street for Kids heads to South County on September 18