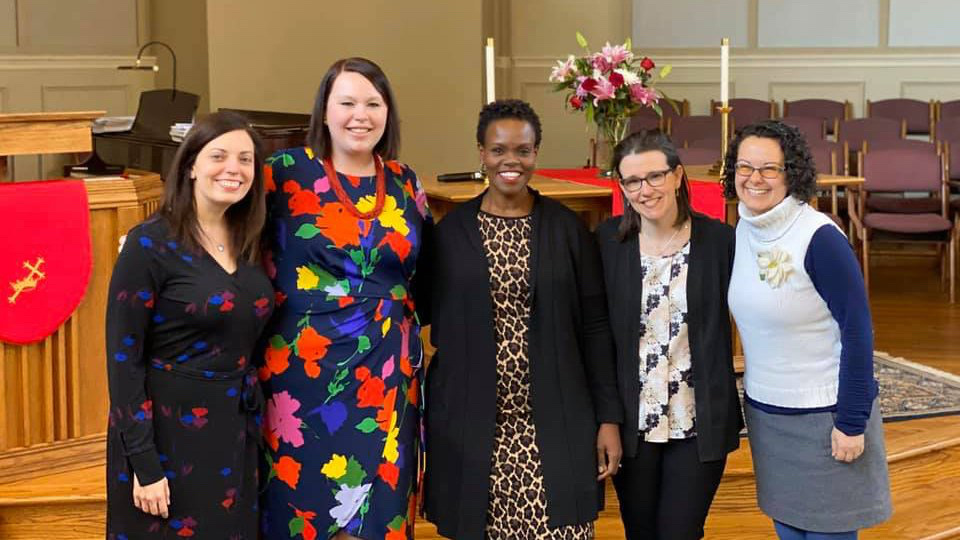 Twelve years ago a group of young church leaders flew to Florida to observe ministry in a church there. Five women from the larger group arrived early at the Fort Lauderdale airport. They rented a car, drove to Miami for dinner, and started talking.

They haven’t stopped since.

The five, two Baptists and three Methodists, had no intention of forming a circle of clergy. They were all Lewis Fellows at Wesley Theological Seminary, eager to develop their leadership skills and ready to shatter the proverbial glass ceiling of their respective congregations.

As women in a male-dominated profession, they recognized the need to find support – and fellowship – if they were to succeed in ministry.

“I have friends in many areas of my life. But few of them understand what it means to be a pastor. This group is so important because they get it. We don’t have to explain the challenges of this call.

“I have friends in many areas of my life,” said Reverend Kristin Adkins Whitesides, one of the women now pastor of First Baptist Church in Winchester, Virginia. “But few of them understand what it means to be a pastor. This group is so important because they get it. We don’t have to explain the challenges of this call.

Others who gathered that day in Florida were Reverend Theresa Thames, now associate dean of religious life at Princeton University and its chapel; Reverends Kate Payton and Jenny Cannon, both United Methodist pastors from Minnesota; and Rev Leah Davis, pastor of a church in Virginia affiliated with the Alliance of Baptists and American Baptist Churches in the United States.

At a time of skyrocketing reports of clergy burnout and misconduct, the five women were able to forge a close collegial bond to help them overcome challenges, avoid pitfalls, and find joy and purpose. fulfillment in their calling.

They meet less frequently in person than before and, for the past two pandemic years, have met monthly for a Zoom chat. But they communicate daily via a shared group text. Messages can be as big as ideas for a Lenten sermon or as light as what works best for a clip-on microphone. 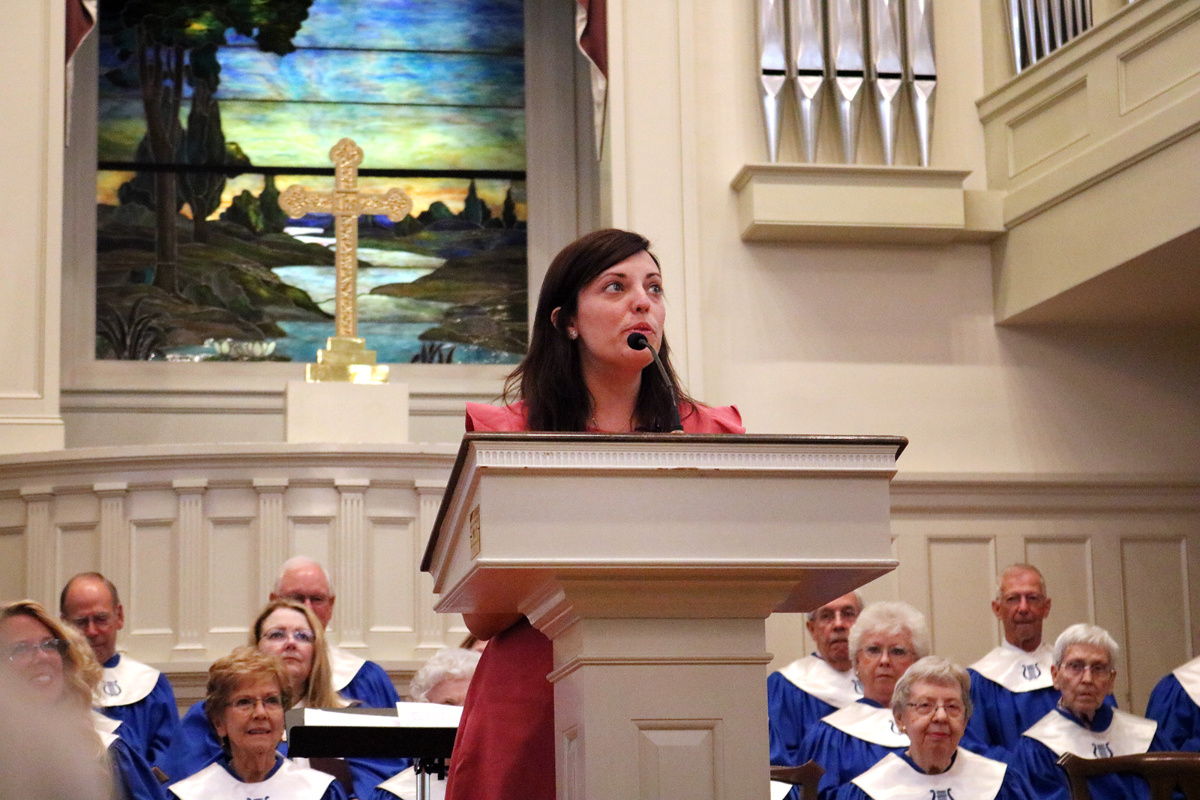 Over the years, they have stood side by side through each other’s ups and downs. They preached and served communion at each other’s installation services, performed weddings, learned to juggle motherhood and ministry, and mourned a divorce.

“Each of us has experienced personal and professional change,” said Cannon, pastor of Christ United Methodist Church in Rochester, Minnesota. “Having really good people to listen to, and be heard and understood, is a wonderful thing. I haven’t felt isolated in ministry because I had those people in my life.

Over the past month, their group text messages have ranged from sharing Lenten sermon ideas to heaps of praise on a new book they were all reading (Cole Arthur Riley’s This flesh here). In Zoom sessions and group texts, they reviewed scripts on how to let go of a non-working office assistant and shared resources for explaining to a Confirmation class the theological concept of ” Imago Dei”.

The connections they have made are not taken for granted in clergy circles: although they work with people every day, much of what is shared with clergy is confidential. Seminaries train clergy not to form emotional attachments to members of their congregations. Church leaders, often socially isolated, can be vulnerable to loneliness.

In this environment, peer support groups are essential.

“How many able, gifted men get these big churches and they burn out or act out and have an affair and fall apart?” said Reverend Mahan Siler, a retired pastor of Pullen Memorial Baptist Church in Raleigh, North Carolina, who led many clergy groups and met with the women a few years ago. “I could name 12 just from my experience. It hurts the church.

Siler said clergy groups whose attendees can be open about their trials and triumphs of leadership are essential. If they can form deep friendships where the truth is valued, even better.

Spread across three states and two time zones, the five ministers applied for grants to allow them to meet in person. They shared Airbnb rentals for a week, enjoying each other’s company while reflecting deeply and sharing their thoughts on sermon writing and planning sermon series.

And whether it’s in person, online or via text, they can let off steam.

“These were women I could be completely myself with,” Payton said. Earlier in her career, Payton was appointed to a church away from home and her husband, meaning one of them would have to quit her job.

“I was really ready to leave the ministry,” said Payton, who now serves as pastor of Glendale United Methodist Church in Savage, Minnesota. She and her husband made the move, and the support of the other women in the group, Payton said, was crucial.

“They’re the ones who said, ‘It’s okay. You can go [to this church] and if it doesn’t work, then you tried. They were able to help me find my feet under me at a time when I was so fried and gone, I couldn’t do it on my own,” Payton said. 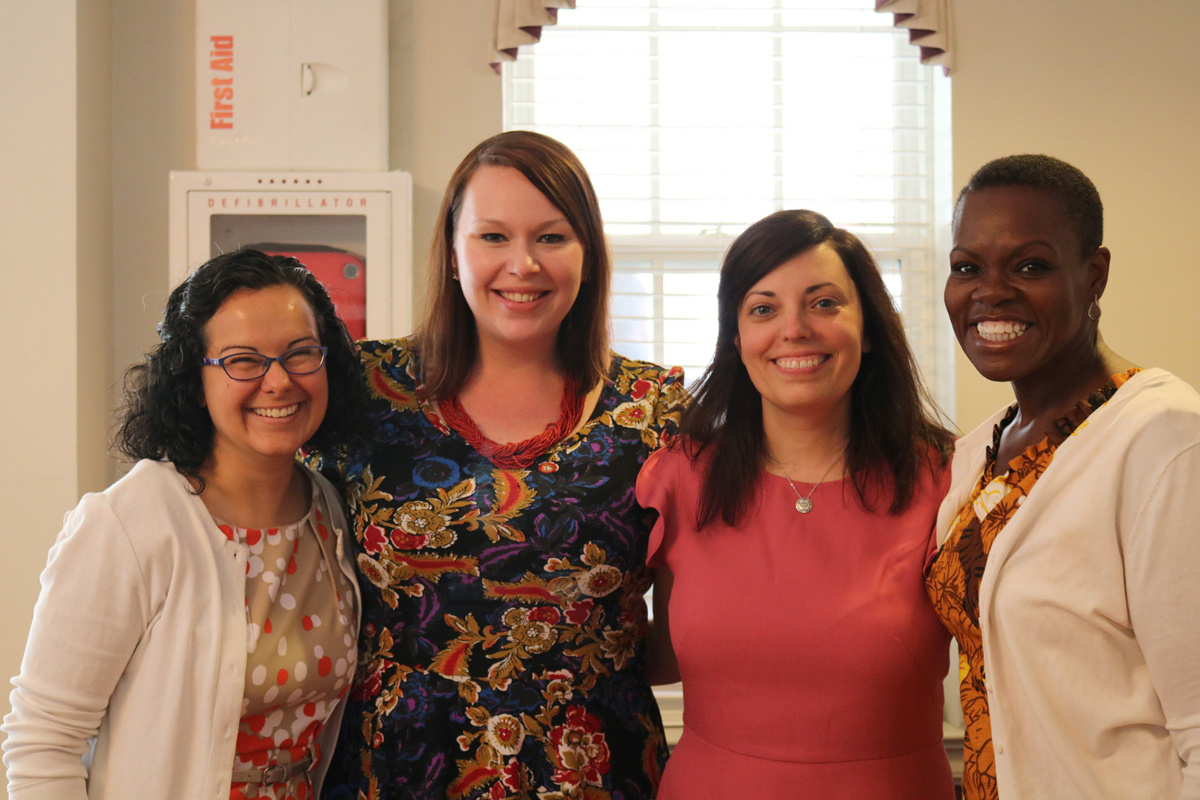 When Davis became pregnant, the group came together to help her negotiate maternity leave from her church.

“So many churches don’t have a maternity leave policy because they’ve never had a young woman of childbearing age in this role before,” said Thames, who is also an executive coach.

Twelve years after that first dinner in Miami, the group is moving on to other subjects. They are now all in their early 40s. Many have lost their parents.

“We are thinking about preservation and the long-term aspects of this work,” Thames said. “We are moving from firefighters to urban planners. It’s very different being younger and starting out.

Whatever happens next, Davis said, the group’s shared wisdom will shape them as much as the experience itself.

“We didn’t know the ministry without it,” Davis said. “I’m so grateful, that’s what I know.”

Getting to know Celia Cruz