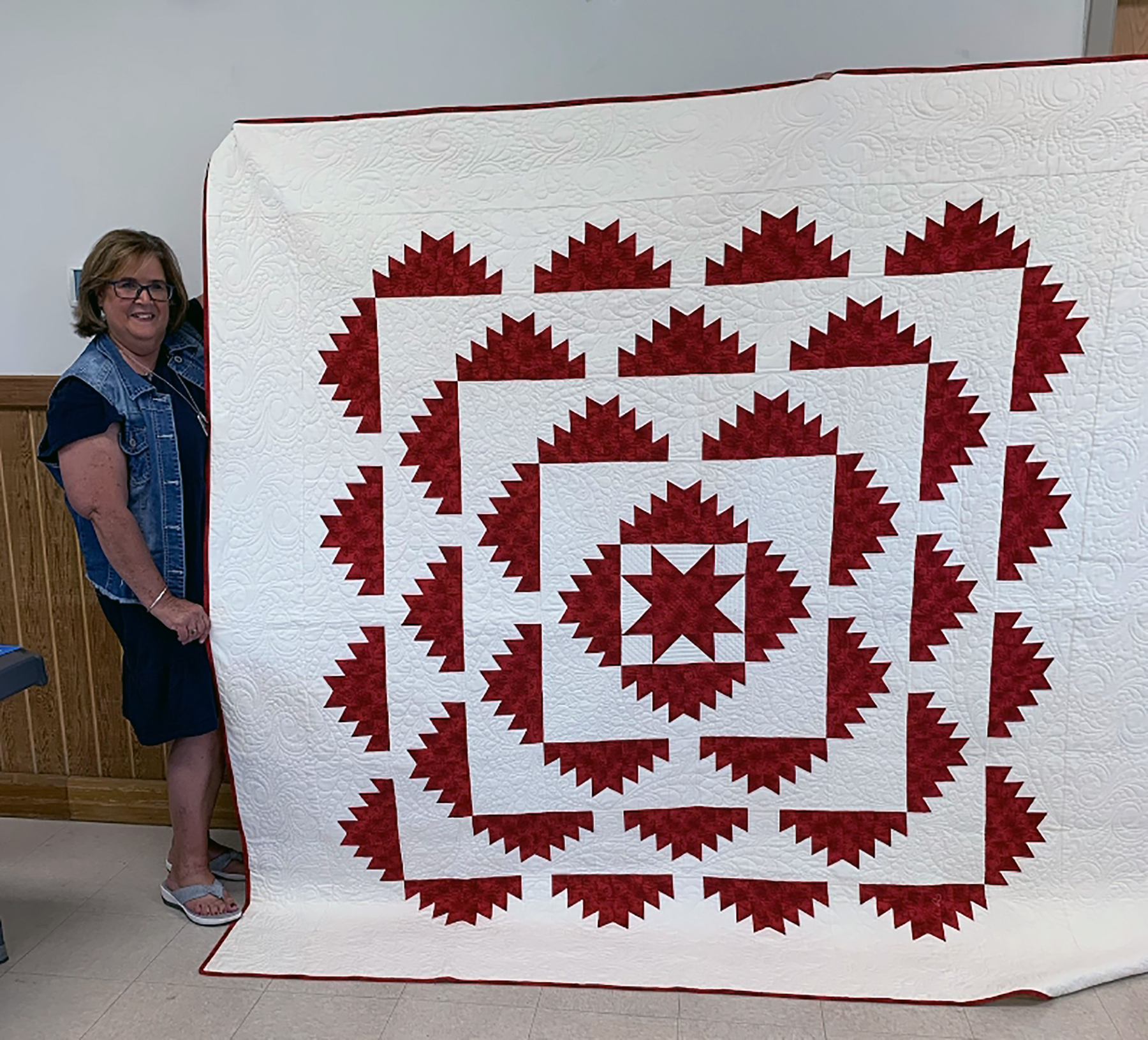 This is a carousel. Use the Next and Previous buttons to navigate

Organizers of the 2022 River Country Quilt Show have announced the winners of its Viewers’ Choice awards and sweepstakes.

The 2022 raffle quilt, a 108-inch square quilt featuring bright solid colors on a black background, was won by Anna Austin. The quilt was made by members of the Quilt Show Committee with proceeds from a raffle to benefit Toss for Autism, which raises money to help students affected by autism in Jacksonville public schools.