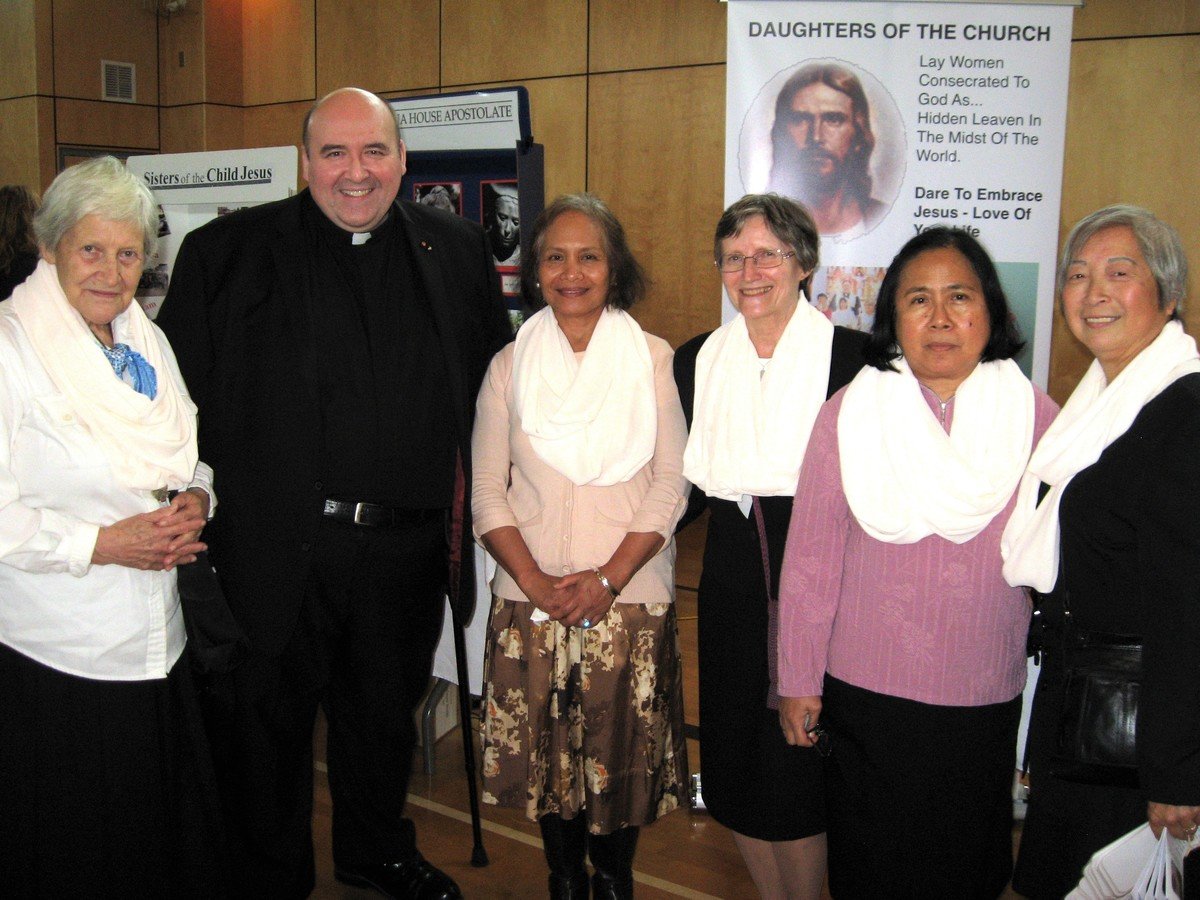 The death of Father John Horgan on October 19 sparked an avalanche of testimonies from individuals about the impact he had on their lives. Here are some of the tributes we received.

Father John Horgan was a close friend of the Catholic Education Resource Center as director for 26 years. His deep knowledge of the Church and his shrewd understanding of politics and culture helped guide our council through many complex discernments.

He was a gracious host, and we are grateful for the memorable and entertaining dinners that often preceded those meetings we held at his parsonage. He had a way that made everyone he dealt with feel known and valued. We, and the many, many others he counseled, counseled, befriended and encouraged, will be sorely missed.

We were very fond of Father Horgan. There was never a moment when I was not amazed and touched by his homilies. He was a great and good priest as our pastor at Saints Peter and Paul. May he be comforted now in the loving hands of Jesus.

I had the opportunity to work with Father John Horgan from 2001 to 2003, helping him and Fathers Donald Neumann and Patrick Tepoorten to organize the Holy Hour and the Youth Conference during the Visitation of the Relics of Saint Therese in 2001.

Father John Horgan was the speaker at the conference and in front of 700 young people gathered at Our Lady of Fatima Church in Coquitlam, he lit the fire among the young people. There was so much enthusiasm, spiritual awakening and willingness to work that God instilled in the hearts and minds of the young participants through his servant, Father Horgan. The event was a great success!

The Aquinas Institute sponsored an Advent retreat at Corpus Christi Church in 2002 with the support of Father Neumann. Again Father Horgan was the guest speaker for the full day retreat. Despite the heavy rains in the morning, more than 800 people from various parishes filled the church. There were only standing places. People were thirsty for spiritual renewal via an Advent retreat. Father Horgan was the perfect speaker. People went back to practicing their faith. Some have gone to confession after decades of living without the benefit of the sacrament of reconciliation.

Wherever Father Horgan spoke, people just wanted to hear him. He was a walking spiritual encyclopedia. People listened to him attentively and were spiritually motivated.

When Father Neuman died, Father Horgan took over the preparation of Aquinas’s book Meditations on the Holy Eucharist. He willingly gave me appointments to discuss the book and guide me. He was a wonderful spiritual director – supportive, knowledgeable and very intellectual.

However, due to his hectic and busy schedule at Sts. Peter and Paul in North Vancouver and at EWTN in the United States, Divine Providence had other plans for the book. Msgr. Pedro Lopez-Gallo took over to help with its production and publication during the Year of the Eucharist proclaimed by Pope John Paul II in 2004.

When a friend and parishioner informed me of Father Horgan’s deteriorating health, I discovered that he had been a long-term resident at Vancouver General Hospital. I wanted to visit him but was told there were strict instructions that visitors were not allowed. So, I started praying for a good, holy, happy death for him.

At the recent funeral mass of Father Jose Luis Soria, I met one of Father Horgan’s friends who, to my surprise, told me that I had to visit Father Horgan despite the restrictions. With a long-stemmed rose from a friend in Opus Dei and a similar white rose from me, I went to the hospital. On my way to his floor, I met the hospital chaplain in the elevator. He told me that no visitors were allowed, so I gave him the two roses and asked him to give them to Father Horgan with prayers from Opus Dei and me. God knew I couldn’t see Father Horgan and He gave me a priest to deliver the roses and the messages to Father Horgan. God’s mercy, forgiveness and goodness cannot be surpassed.

I thank God for the good and holy life of Father John Horgan. Thank you, Father Horgan, for sharing your love for the Holy Eucharist, Our Blessed Mother Mary and the angels. Thank you for guiding and helping me in the early preparation of the Meditations book. May God reward you in heaven with the beatific vision and may Our Blessed Mother Mary and the angels welcome you.

Everyone at No Stomach for Cancer would like to offer their condolences to the friends and family of Father John Horgan. Please accept our deepest condolences for the loss of your friend and loved one. May God bless you during this difficult time.

In addition to Fr. Horgan’s credentials mentioned in your September 24 article, he has also taught at Our Lady of Peace Retreat Center in Beaverton, Oregon, and at Westminster Abbey.

Father Horgan was also appointed this year as the spiritual director of the Vancouver Honor Guard Chapter, a Eucharistic association of members who unite whatever they do at a particular time of day with the sufferings of Jesus on the cross.

The first Honor Guard at the Sacred Heart of Jesus Center in Vancouver was inaugurated in June. Unfortunately, Father Horgan was unable to join us due to illness.

Marie Waung
Daughters of the Church

Father John Horgan will also be remembered as spiritual director of the Daughters of the Church for over 20 years.

In 2001, Marthiel O’Larey and Patricia Ballard, inspired by the post-synodal apostolic exhortation of Saint John Paul II of 1996 Consecrated Vita, approached Father Horgan to tell him of their inner call to a life of consecration as lay women in the midst of ordinary life – outside of religious community and convent life. He listened and invited a small group of women to meet in his parish where he gave them training talks, retreats, and the Church support he knew they needed to nurture their budding vocations. Father John Horgan was inspired to name the community “Daughters of the Church”.

On December 11, 2021, Bishop J. Michael Miller, Father Horgan and Father Paul Goo concelebrated a Mass of Thanksgiving at the Chapel of the John Paul II Pastoral Center for the 20th anniversary of the founding of the Daughters of the Church, a private pious association of lay women consecrated to God expressed in a private vow of chastity in lifelong celibacy. In his speech at the reception, Bishop Miller called the community “the fruit of Vatican II.”

Under the leadership of Father Horgan, the number of Daughters of the Church gradually increased to 13 consecrated lay people, a new form of consecrated life in the diocese.

The Daughters of the Church meet in person monthly at Immaculate Conception Church in Vancouver and weekly via Zoom or conference call. For more information, visit rcav.org/about/communities-of-devoted-women/daughters-of-thechurch.

To comment, send us a letter to the editor here.