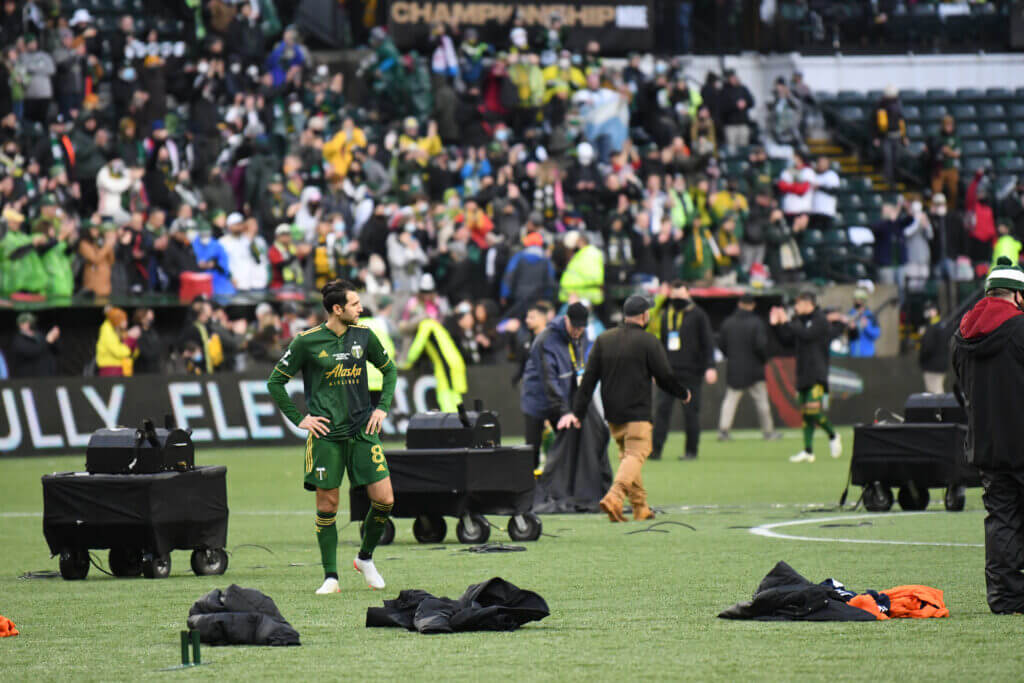 The ball fell at the feet of Diego Valeri near the top of the penalty area with a clear view of the goal.

It was midway through the first overtime period of the 2021 MLS Cup Final. The score was tied at 1-1. A goal now would likely win the championship and write the goalscorer in history. The crowd seemed to sense the possibility all at once. There was a collective inspiration, followed by 25,000 voices shouting as one: “Shoooooooooot! “

It was in front of the Timbers Army end of Providence Park, a group that Valeri has sent into ecstasies countless times over the past eight years. It was also well within reach – the type of shot where he could open his body, use his favorite right foot, and complete a shot in the top corner of the net.

Of course, he’s found this corner with a lot less consistency lately. Valeri is 35 now, and he has drifted down the depth chart as his skills diminished. Heading into Saturday afternoon’s Cup final, it was widely believed that this would be Valeri’s last game for a club and city where he has established such a close bond.

At this point in the game, it looked a lot like a fate playing out a storybook tale. The game wouldn’t even have reached that point if Portland hadn’t scored the last regulation goal in MLS Cup Final history, an equalizer in the 94th minute with seconds to go. It was a moment that would become legendary like The Miracle on Morrison Street if the Timbers could just finish the job.