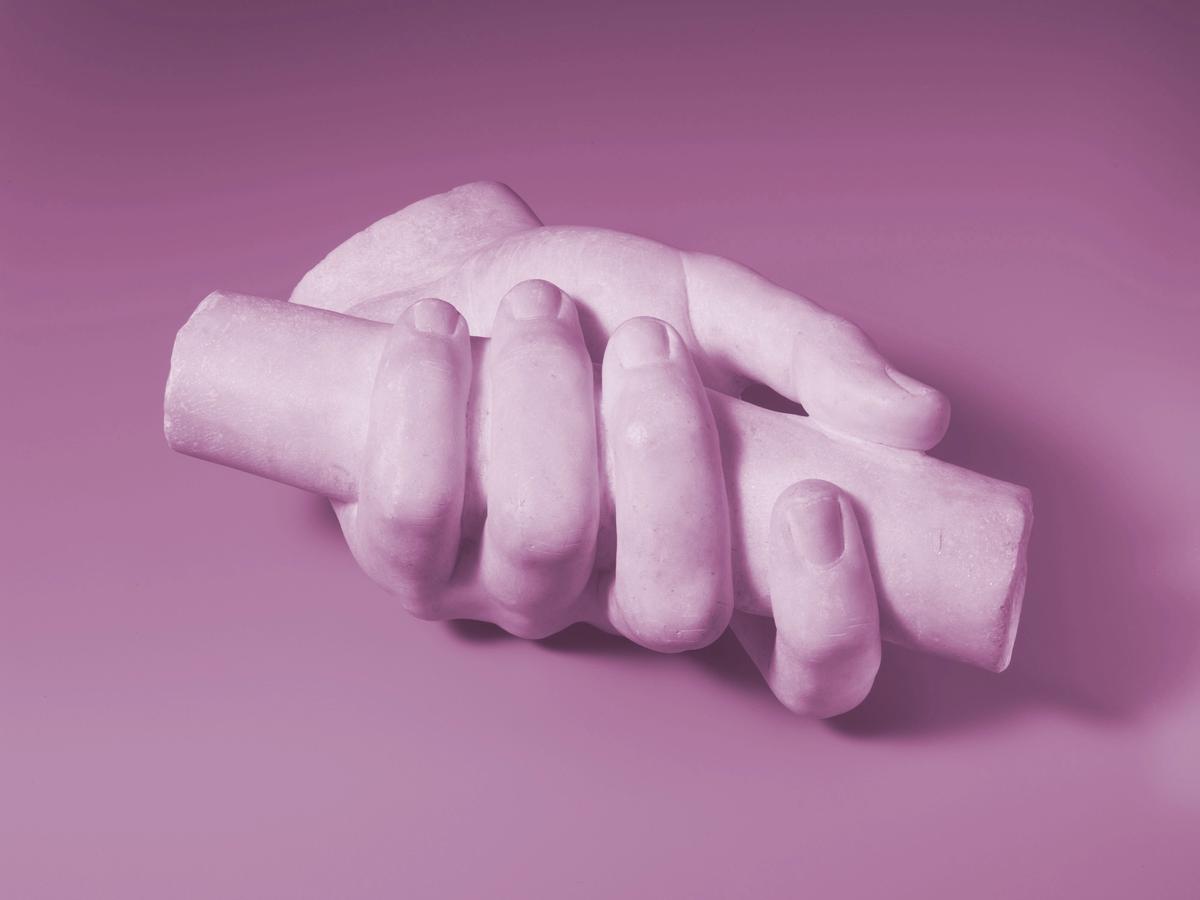 Do you remember the first time you sent a letter?

Once upon a time, before emails, before WhatsApp, before social media, there was a solemn and joyful act: handwriting, gently folding in an envelope, licking a stamp, checking the address and anxiously awaiting a response. Of course, modern communication has its benefits, but I miss letters, I miss penpals, the days when mail was not just packages and Amazon invoices, but included friendships scribbled on paper. Tell me how much do you think a stamp costs and I’ll tell you when you grow up (I’m from the 29-cent era). And that is why it was so exciting to receive the Tractate Megillah in my proverbial Torah mailbox – because the Tractate Megillah is an ode to letters, the Talmudic story of a book that began as a letter. respondent.

The Megillah from which the Megillah treaty takes its name is Megillah Esther, the story of Esther’s secret ascension to the Persian kingdom of Ahasuerus to thwart Haman’s evil plot to destroy the Jewish people. It is read every year on Purim. And this story was first told in the form of a letter. Most Jews were unaware of what had happened: Esther had kept her Jewish identity a secret, unknown to everyone except her cousin Mordecai. As for the Jewish people, the government decree of their demise was inevitable and frankly somewhat deserved, given their participation in the sacrilegious feast of Ahasuerus, a feast that used the sacred vessels of the recently destroyed Jerusalem temple.

Once the crisis was averted, Esther sent letters to the Jewish people informing them of everything that had happened. Without these letters, the full story might never have seen the light of day. There was no clear miracle or prophecy alerting the Jewish people to what had saved them. Without Esther’s letter and story, their survival could easily have been attributed to a shrug of relief – slow bureaucracy, perhaps? But Esther sent him letters and her story with all its details, her reversals of roles and her astonishing serendipity are still preserved to us today in the eponymous Megillah. God, however, is not mentioned, which Ibn Ezra attributes to the medium of his initial broadcast. A letter, after all, could be easily dismissed in a manner unworthy of a document bearing the name of God. Thus, this initial decision to write the letter without the name of God was preserved even after Esther’s correspondence became a book. For, as we will see, its status as a timeless book was not something Esther could take for granted.

I want to become a book, Esther pleaded with the Jewish leaders of her time. She wasn’t satisfied that her story was kept as a letter that would likely be thrown away, her story lost in the crumpled trash can of history. Becoming a sacred book in the People of the Book canon is no small task. Jewish books are sacred in nature, have detailed rules for how they are to be prepared, and should not even be touched. Normally, only overt prophecies are part of the Jewish canon of books, not letters. But Esther’s story was no ordinary letter. In fact, says the Talmud, Esther’s story was even more powerful than any previous prophetic revelation. Prophets can take their podiums to urge the Jewish people to repent in vain. In a world without such overt prophecy, with a now ruined Temple still in the collective memory of the people, the spiritual anxiety of the Jewish people had never been greater. Once Ahasuerus handed over his ring to Haman, giving him the political power to destroy the Jewish people, the only place the Jews knew to turn was to God. Without the word of a prophet to ignore, the urgency had to come from within.

Eventually, Esther’s letter and story was canonized as a holy book. Yet its status as a book was still questioned by many. The Talmud quotes Shmuel’s opinion as to whether Megillat Esther has the same status as the rest of Tanach’s works, the canonized body of Jewish books. Just because a story must be preserved does not mean that its status as a holy book is deserved. And Esther is a curious case of what exactly constitutes a holy book. Martin Luther was downright hostile to the canonization of Megillat Esther, which he considered “too much Jewish”. A self-confessed anti-Semite, Luther found it hard to imagine a post-Biblical story where the Jewish people, led by no less than a woman, would not simply give up their national identity. Esther, clearly, was not a book for everyone. When the Dead Sea Scrolls were found, all of the Bible books were found among them except for Megilat Esther.

Even after the canonization of Megillat Esther, its original letter character has been preserved. Esther’s story, the Talmud explains, should be seen as both a book and a letter. Some of Megillat Esther’s laws – how it is sewn, how the lines are carefully engraved, its font and ink – deliberately mirror those of a Sefer Torah, the ultimate holy book. Other laws, however, preserve its original medium as a letter. Even today, when we read the Megillah of Purim, we unfold it, like a personal letter.

What is the difference between a letter and a book? Or, as Jonathan Ellis writes in his masterful introduction to the book Writing letters among the poets, “for what is a letter?” We know the books, they live on our shelves. Books are written for us, no at we. The letters, however, are written at we. As Mary Ruefle explains in her lecture “Notes on Letters”:

Because what is a letter, but expressing thoughts from a distance. That is why poems and prayers are letters. The origins of poems, prayers and letters all have one thing in common: urgency. They each have their origin in the pressing need to convey a message directed towards something unusual, that the absence of inaccessible be made present – that the presence of the absence be felt palpably – that consciousness creates. consciousness.

Megilat Esther began as such a letter. Esther’s very name means hidden, and her very story is an urgent letter reminding the besieged Jewish people of the presence of absence. God can be hidden, the Temple can be destroyed, our collective lives may feel like they have been cut off from the comforting presence described in our timeless books, but a life told through letters may still be worthy of canonization. . The books are carefully edited, expertly printed and strategically marketed. Letters are private, personal, temporal, and usually riddled with errors. Esther showed the Jewish people that their letter-writing life in exile could also become part of the timeless canon of Jewish history. A life where the only presence of God is felt by his absence is still worth preserving.

And with the canonization of Esther came the revelation of what the story of Esther represents. I recently read a short story, a sort of parable written by my very dear friend Dovid’l Weinberg. It goes like this: Once upon a time there was a person who lived under the reign of a mighty king. The king only communicated with his subjects through a bulletin board where he posted his most recent edicts and ordinances. “Whenever the man passed the board,” Weinberg writes, “he faithfully read and studied – albeit routinely – the laws, which he then shared with family and friends. Until the day he received a personal letter from the king. It was written especially for him. “About me,” the letter began, the man couldn’t believe his eyes. The letter was personal, intimate, and described the inner workings of the palace and the personal life of the king. Subject was surprised to receive personal correspondence from the king. Until the day when this subject again passed through the bulletin boards with the king’s orders. This time, however, he noticed something different:

… These simple ordinances, hung on the bulletin board, were written in the same handwriting as the personal letter. It turned out that they were also handwritten letters from the king. Now, whenever he walks past the billboards, he knows for sure that these are also the king’s personal notes to his beloved subjects.

The canonization of Esther was the revelation that our canon himself had always been personal letters. When the Jewish people succeeded in transforming the absence of the presence of God into the intimate presence of the absence of God, they discovered that a revelation by correspondence reveals the very intention of the corpus of the canon. And God accepted. It had always been letters. And for every Jew who has ever wondered why their life does not reveal the spiritual greatness of a book, Esther’s story is a reminder that revelation also occurs in the pedestrian and ordinary course of our lives. Esther taught us that we too can insist that our lives have the latent holiness that deserves canonization. May every day, with every breath, with every difficulty and with every success of our life, we can still hear the silent whisper: “Sincerely, God”.

Let our police do their extremely difficult job