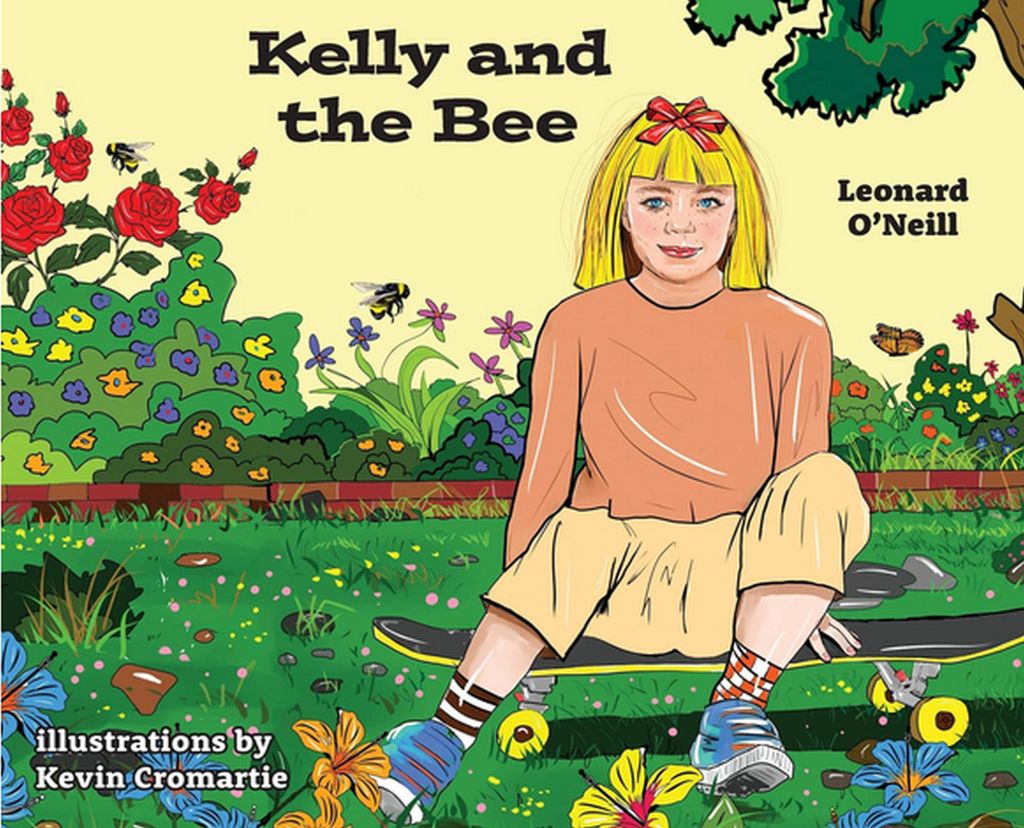 Raised in Connecticut, Leonard O’Neill eventually found his way to San Francisco, where a friend suggested he take a scenic drive to the Monterey Peninsula. He got off on a Sunday and drove to Lovers Point, where the ice plant was in bloom, a fuchsia riot framing a blue bay. Like wandering the poppies of Oz, O’Neill fell prey to seduction. He gave notice at work and moved to Pacific Grove.

No one ever told her that the ice cream maker had a very short flowering cycle.

Nonetheless, O’Neill remained in his adopted hometown, having worked for the Hotels, Restaurants and Bartenders Union for 40 years, on behalf of Monterey and Santa Cruz, from whom he retired two years ago. year.

Completely immersed in the culture of the community, O’Neill and his wife, Melanie, live on “Candy Cane Lane”.

Earlier this year, he was outside, picking flowers to place in a vase, when he swallowed a bumblebee. It turned out to be a non-event for him, except it gave him the idea for a children’s book. This is how it goes in these regions, particularly in Pacific Grove, which is home to a prolific community of authors.

O’Neill poured himself a steaming cup of coffee, set the dog at his feet, sat down at his computer, and watched the story take shape as he began to develop the characters.

“Kelly and the Bee” is a 34 page hardcover book published by O’Neill on June 1, with children and their caregivers in mind. He modeled the young protagonist after a girl who grew up opposite him in Pacific Grove and is now a nurse at the community hospital.

Imagine the riddle. Kelly is outside one spring morning, picking flowers to surprise her mother, when a bumblebee – dare we say it – walks towards her gaping mouth. What should she do? Spoiler alert: Kelly has a much more dramatic experience with her bee than her author has with hers. Yet everything is resolved within a day.

Illustrated by O’Neill’s former neighbor, artist Kevin Cromartie, and designed by Pacific Grove graphic designer Tessa Avila, “Kelly and the Bee” is based on a turbulent storyline with a problem to solve, supported by art illustrations that bring the character to life. O’Neill and Cromartie sought to engage their young audiences more by hiding a drone to discover on every page.

“I have submitted articles to magazines over the years, which have never been published. It has always seemed to me, “said O’Neill,” that I have more affinity for telling stories to children. I used to visit local schools around St. Patrick’s Day and read to kids, using Irish brogue.

O’Neill decided, since he has a knack for conversing with children, he might as well play with his strengths. In fact, the strength of the book, in his eyes, lies in the details and designs of Cromartie’s art. But that wouldn’t exist without his script.

Portrait of an artist

For six years, Kevin Cromartie lived in a Mediterranean-style house on the corner of Morse and Forest, on Candy Cane Lane. The renowned artist is responsible for the illustrations for many of the characters that show up in the neighborhood’s Platt Park – Fred Flintstone, Buzz Lightyear, The Lion King – during the holiday season.

“If I had always lived in the neighborhood, I would have had so much more wonderful material to work with over the years, to create more characters,” he said, from his home in Oregon. “I have fond memories of Candy Cane Lane.”

Cromartie, who majored in illustration at the Parsons School of Design in Manhattan, emigrated to Ohio, then to Southern California, before settling on the Monterey Peninsula where, at one time, he had five art galleries.

“To illustrate ‘Kelly and the Bee,’ I imagined a storyboard,” he said, “and opted for digital art on a graphics tablet. I wanted the artwork to be more realistic than cute and straightforward, giving it a higher artistic level while also complementing the storyline and readership profile.

Cromartie also introduced subtle references to O’Neill and his family, via product names and design elements, including the author’s kitchen and other local imagery.

“I really enjoyed working with Tessa and Kevin to create this new book,” O’Neill said. “I have another book in me, which takes place in Africa. It is also a children’s book with a moral statement. I think I have found my niche and my design team.

“Kelly and the Bee” is available through Amazon, Barnes and Noble, and other online sources.

Storybook Island receives $50,000 for a playground for everyone | Local