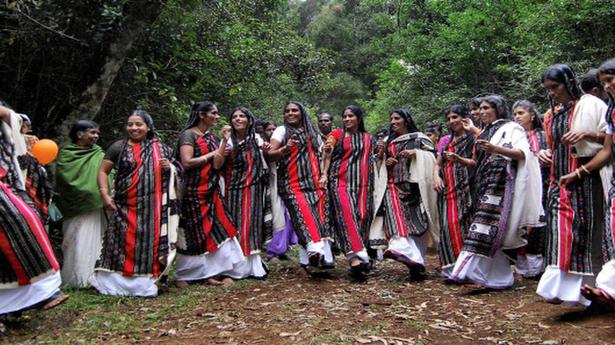 Odisha has put together an encyclopedia of the tribes documenting their centuries-old and unique traditions before they completely disappeared from circulation.

The tribes, according to the 2011 census, make up 22.85% of the total population of Odisha. Odisha is home to India’s third largest tribal population, but they are the most diverse indigenous communities in the country. The state has 62 tribes including 13 particularly vulnerable tribal groups.

Five edited volumes of “Encyclopedia of the Tribes of Odisha” published by the Institute of Scheduled Castes and Scheduled Tribes Research and Training and the Odisha State Tribal Museum in the museum complex have been published Monday by Chief Minister Naveen Patnaik.

The 3,800-page encyclopedia contains 418 research articles. In addition, articles written by its own research staff, the articles of other scholars and eminent anthropologists on different aspects of tribes and other states have also found their way into the encyclopedia.

“The encyclopedia will certainly be a great treasure and repository for all scholars, researchers, policy makers and those who wish to learn more about tribal communities in the state,” Mr. Patnaik said.

“We hope that these five edited volumes will serve as an all-time reference anthropological literature, full of relevant and useful information on various aspects of the life, culture and development of the 62 Scheduled Tribes and 13 PVTG of Odisha At the same time, it will also pay homage to article-contributing anthropologists who are no longer with us,” said AB Ota, Director of SCSTRTI.

“In fact, the centuries-old culture and way of life of these tribal communities is rapidly changing and their cultural identity is disintegrating. Before it disappears completely, systematic documentation needs to be done urgently,” said Professor Ota who, together with his consultant SC Mohanty, had undertaken a painstaking task of editing, compiling and reposting over the past 4 last years.

According to Mr. Mohanty, the volumes on the Odishan tribes are unique in their perspective and presentation since a modest attempt has been made to accumulate and present published and unpublished data regarding their ethnography and development. The authors hope it will be an excellent repository of ethnographic knowledge as well as an excellent exposition of pristine tribal culture with its specificity and variety.