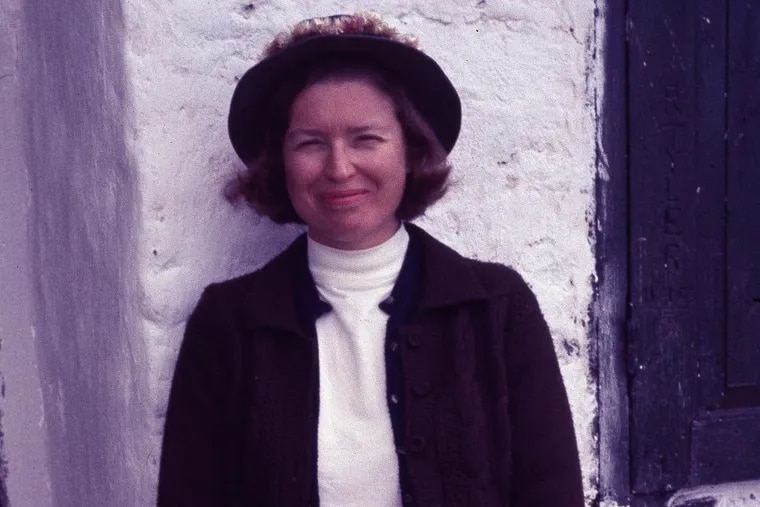 Marion Steinmann, award-winning author and writer and editor of Life magazine, dies at 92

Managing editor of her high school newspaper in Rochester, NY, and female editor of the Cornell Daily Sun, Ms. Steinmann joined the Life staff in 1950 and worked as a reporter, writer, associate editor and managing editor. associated until it ceases each week. published in 1972.

In 1971she won a journalism award from the American Medical Association for an article titled “Fighting the Genetic Odds”.

She also covered archeology and history and published a story in Life on October 22, 1965, titled “When America Was Named Vinlanda” in which she took on the Vikings. “The Vikings had a notoriously poor eye for their own place in history as discoverers of the New World”, she wrote. “When they set foot on a foreign shore, it simply never entered their horn-helmeted heads to build a monument to attest the fact.”

She was promoted from journalist to writer and editor in 1963 under Life’s editor George P. Hunt, and her name appeared as associate editor in the last December 29 edition of Life. 1972.

In 1982, she published the American Medical Association BackCare Book, and one 1985 review by Zoltan Szaraz in the Journal of the Canadian Chiropractic Association concludes: “This book is worth reading. In collaboration with the Children’s Hospital of Philadelphia, she published A Parent’s Guide to Allergies and Asthma in 1992 and co-wrote the Guide to common childhood infections in 1998.

His most notable book was published in 2005. Women at work: demolishing a 1950s myth is a 328-page examination of how 191 women in Cornell’s Class of 1950 fared in the workplace after graduation. Debunking the idea that women in the 1950s were overwhelmingly relegated to household chores, Ms Steinmann’s survey found that 44 per cent of her respondents worked outside the home or attended higher education for at least five years during this decade.

“This book should serve as a welcome reminder that the United States is not a uniform society and that what is true for many of its members is by no means true for all,” criticizes Piri Halasz wrote in 2010.

Born on July 1, 1929 in Rochester, Ms. Steinmann graduated from Cornell in 1950 after receiving a scholarship from the prestigious National Scholars Program. Always adventurous, she and a friend climbed a peak of Mount Kilimanjaro in Tanzania when she was 40 and married Charles Joiner, author and professor of political science at Temple University, when she was 50.

The couple lived in Chestnut Hill, but she kept her apartment in New York, and they attended concerts, visited museums, and were active at the Philadelphia Cricket Club, the Science and Art Club of Germantown, and the Chestnut Hill Community Association. He died in 2015.

Ms Steinmann suffered a stroke in 2015 but continued to read and follow the news in Cathedral Village. “She was obviously very accomplished in her writing and her life,” said her sister, Elinor Schrader. “She was also a very supportive sister.”

In addition to her sister, Ms. Steinmann is survived by other relatives.

No benefits are provided.

A 19th century encyclopedia gets a makeover | Smithsonian Voices