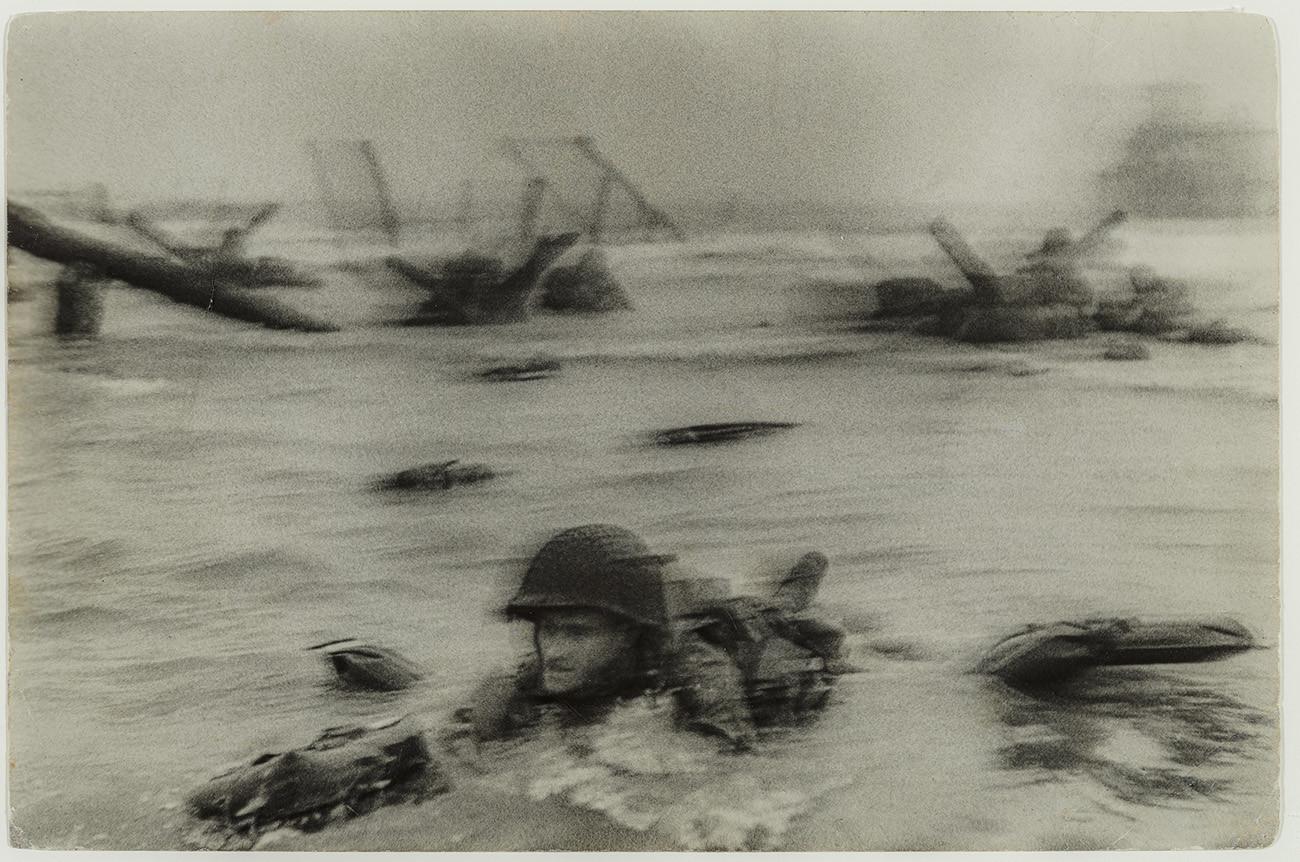 Life Magazine and the power of photography

In the period from the Great Depression to the Vietnam War, the majority of photographs printed and consumed in the United States appeared on the pages of illustrated magazines. Among them, Life, published weekly from 1936 to 1972, was both extraordinarily popular and visually revolutionary. Estimates of forward readership — the number of people who shared each copy of Life in spaces such as waiting rooms and offices — suggest the magazine may have consistently reached about one in four people in the country. The photographers who worked for Life witnessed some of the most defining moments of the 20th century, and the magazine’s use of photography shaped the way many Americans experienced, viewed, and remembered those events. . Co-organized by the Museum of Fine Arts, Boston (MFA) and the Princeton University Art Museum, Life Magazine and the power of photography offers an eye-opening look at the collaborative processes behind many of the publication’s most recognizable, beloved and controversial images and photo essays. The exhibition brings together more than 180 objects, including original press prints, contact sheets, filming scripts, internal memos and layout experiments, drawing on unprecedented access to photographic and paper archives. of Life. Added to the exhibition for its presentation at the MFA, Life Magazine and the Power of Photography also incorporates works by contemporary artists Alexandra Bell, Alfredo Jaar and Julia Wachtel, whose critical reflections on photojournalism and the politics of images frame conversations on implicit bias and systemic racism in contemporary media.

Life Magazine and the power of photography is on view at MFA from October 9, 2022 to January 16, 2023 at the Ann and Graham Gund Gallery. The member preview takes place October 5-8. Timed-entry exhibit tickets, which include general admission, are required for all visitors and can be reserved on mfa.org beginning September 14 for MFA members and September 20 for the general public.

Life Magazine and the power of photography is sponsored by Bank of America. Generously supported by Patti and Jonathan Kraft, with additional support from Kate Moran Collins and Emi M. and William G. Winterer. With gratitude to the Phillip Leonian and Edith Rosenbaum Leonian Charitable Trust for their generous support of photography at the MFA. The exhibition is co-organized by the Museum of Fine Arts, Boston and the Princeton University Art Museum.

“This major exhibition is an invitation for our visitors to experience a time when photographs began to influence global events and narratives – and how they continue to do so today,” said Matthew Teitelbaum, director of Ann and Graham Gund. “Life’s groundbreaking use of photography shaped important 20th-century dialogues in America around war, race, technology, art, and national identity. Through a generous collaboration with the Princeton University Art Museum, we explore this process in a more critical and complex way than ever before, and at a time when distribution technologies have evolved and disrupted the recording of history.

Life Magazine and the Power of Photography were curated by Kristen Gresh, Estrellita and Yousuf Karsh, Senior Curator of Photographs at MFA; Katherine A. Bussard, Peter C. Bunnell curator of photography at Princeton University Art Museum; and Alissa Schapiro, independent curator and PhD student in art history at Northwestern University. In 2016, curators were among the first to delve into the archives of Time Inc. Records, newly available at the New-York Historical Society. In 2019, the MFA and the Princeton University Art Museum became the first museums to receive full access to the LIFE Picture Collection, the magazine’s photographic archive. (The exhibit debuted at Princeton in February 2020, but closed after three weeks due to the COVID-19 pandemic.). The exhibition and accompanying book grew out of these unprecedented research opportunities, which helped to advance new scholarly perspectives on LIFE’s pictorial journalism. The book was named the 2021 recipient of the Alfred H. Barr Jr. Award for Museum Scholarship.

“I am thrilled to add three contemporary moments to the Boston exhibit. Through powerful and provocative works by Alexandra Bell, Alfredo Jaar and Julia Wachtel, who each interrogate news media through their practice, viewers are invited to reflect on contemporary media consumption and our inherited historical narratives,” said said Gresh.

Preview of the exhibition

Among the more than 30 photographers featured in Life Magazine and The Power of Photography are Margaret Bourke-White, Robert Capa, Henri Cartier-Bresson, Frank Dandridge, Alfred Eisenstaedt, Charles Moore, Gordon Parks and W. Eugene Smith. The exhibit also highlights the contribution of women to the magazine’s success, not only photographers like Bourke-White, whose monumental image of the Fort Peck Dam graced the first issue, but also female negative editors and images like Peggy Sargent and Natalie Kosek. Additionally, Life Magazine and the Power of Photography examines how the magazine—through the vision of its founder, Henry R. Luce, the insights of its editorial teams, and the demographics of its readership—has promoted a population to predominantly white and medium. class perspective on politics, daily life and culture, even when it comes to documenting the country’s handling of racism and xenophobia. The exhibition makes a point of tracing Life’s complex and sometimes contradictory approach to these stories by including works by photographers from different backgrounds and perspectives who have captured difficult images of ethnic discrimination and violence. race, ranging from the Holocaust to the white supremacist violence of the 1960s.

The exhibition is divided into three historical sections, interspersed with immersive contemporary moments. The first section, “Getting the Picture”, focuses on the creation of photographs of Life, exploring multiple factors such as mission details, the idea of ​​the story developed by the editorial staff, the selection of a photographer particular for the work, and the photographer’s own decisions on how best to capture the images needed to build a story. Once a photographer had completed an assignment, their undeveloped rolls and notes were sent to the offices of LIFE, where editorial teams selected the images and determined how to fit them on the printed page. The second section, “Crafting Photo Stories,” examines the making of a photo essay, a format with stunning visuals and minimal text that Life claimed to have invented. The complex process involved negative editors, image editors, art directors, layout artists, writers, researchers and fact checkers in constructing each page. The third section, “The Photographic Impact of Life”, examines the power and reach of the magazine, whose circulation peaked at 8.5 million in 1969. Here the exhibit explores not only reader responses – which wrote letters to the editor and even offered help to individuals featured in the magazine, but also how Life perpetuated its own influence by repackaging its photographs and using technical sophistication and business acumen to outpace its competitors .

Contemporary works by Alfredo Jaar (b. Santiago, Chile, 1956), Alexandra Bell (b. 1983), and Julia Wachtel (1956) appear in immersive moments set between the three historical sections. Jaar questions the ethics of representation and the politics of images in his photographs, installations, films and new media works. The exhibition features Real Pictures (1995) from his Rwanda Project and the American debut of his multimedia installation The Silence of Nduwayezu (1997) from the same series. It also includes the triptych Life Magazine, April 19, 1968 (1995), in which he manipulates the magazine’s iconic photograph of Dr. Martin Luther King Jr.’s funeral procession to highlight the disproportionate number of black mourners compared to white mourners. Similarly, works from Bell’s Counternarratives series (2017-2018) highlight racial bias in the annotated pages of The New York Times. Finally, in work recently commissioned by the MFA, Wachtel responds directly to Life’s photographs and engages in deep critical discourse on popular culture and politics, as well as media consumption.

Tattoo artists are the most trusted artists of all