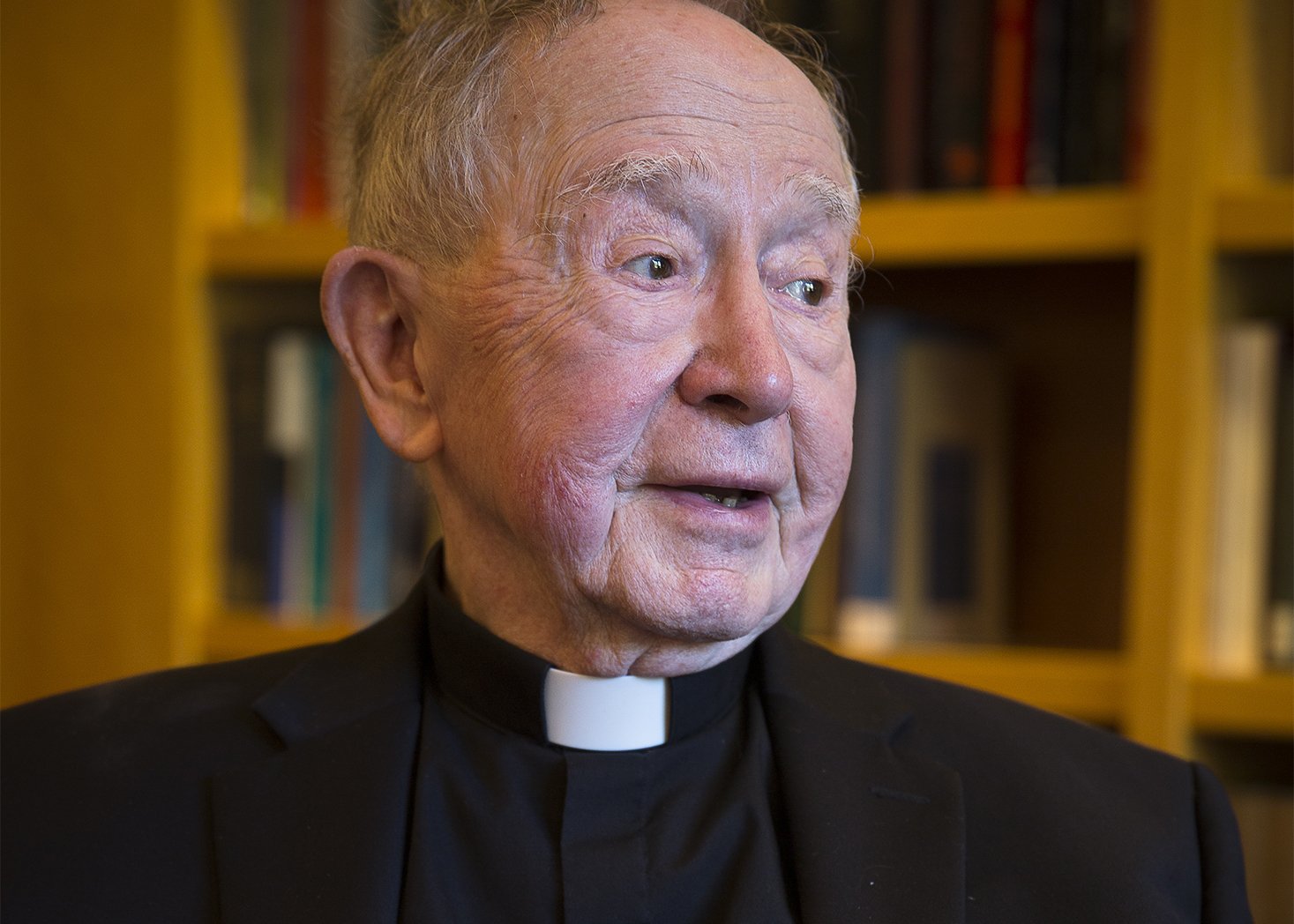 This is the last email I received from Fr. John O’Malley, SJ, sent last July in response to a message detailing my plans to interview him for common good. As with all his prose, it was brief, lively and direct.

At ninety-five, he warned me, he could no longer travel easily, much less travel to Chicago where I had hoped to do the interview live in front of an audience at the Lumen Christi Institute. Nevertheless, he wanted me to know that our scheduled interview at the Jesuit retreat house in Baltimore, where he now lived, was still excited him.

This is the word that resonated with me last weekend when I learned that he had passed away. I cannot lay claim to a long and close friendship with Father O’Malley. He was nine years older and on another professional circuit. But I read and greatly admired his work, as anyone who cares about the craft of history should, and I was fortunate enough to have a relationship with him that was as much coincidental as anything else. In fact, we were both from Ohio, he from a small town along the Ohio River, and I from a suburb of Cleveland on Lake Erie. He reminded me of this in a longer email last July: “I guess you’re as proud as I am to be from Ohio,” he wrote. He then quoted something Orville Wright said to someone who asked him how to be successful in life: “Choose good parents first. Second, being born in Ohio.

It wasn’t just Buckeye booster. As O’Malley points out in The formation of a historian, his last autobiographical book – published at the age of ninety-four! – he believed that you couldn’t really understand other people until you understood where they came from. The roots mattered, as did all the other breathing pressures of specialness – time, place, chance.

Watch out for those cheap stocks tomorrow!