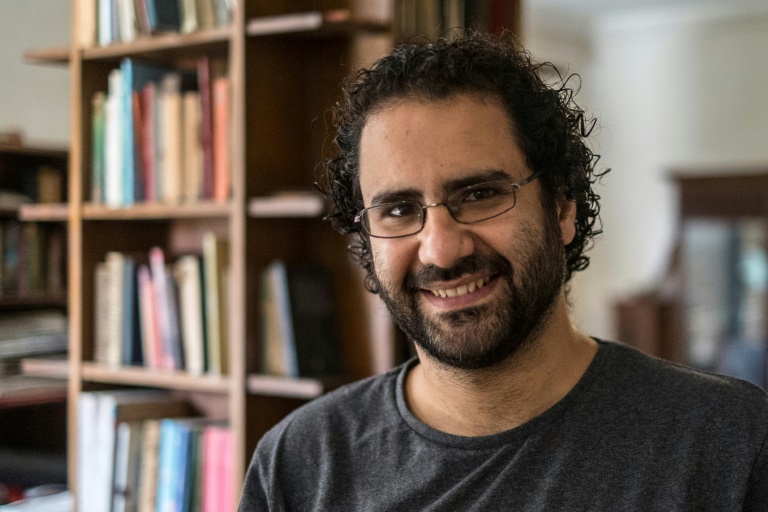 “Alaa has deteriorated badly over the past two weeks, but at least they got to see him, and he needed to see the family so badly,” she wrote.

After seven months of consuming what his family said was “100 calories a day”, Abdel Fattah escalated his strike to all food, then water on November 6 to coincide with the start of the UN summit on the COP27 climate in Egypt.

In a letter delivered to his family on Tuesday, but dated Monday, he said he had ended the strike.

Thursday was the first time the activist’s mother, Laila Soueif, was allowed to visit him in nearly a month, after prison authorities repeatedly denied her access last week.

The family did not release more information about the visit or Abdel Fattah’s status, but “will share full details later,” Seif added.

In his short letter on Monday, he did not detail the reasons for his decision to end the strike, but asked his mother to “bring a cake” to Thursday’s visit.

“I want to celebrate my birthday with you,” wrote the activist, who turns 41 on Friday.

His family – who feared the authorities would “feed-fed” him and feared he would die behind bars – have raised questions about how the decision was made.

The dissident’s aunt, novelist Ahdaf Soueif, wrote on Twitter on Tuesday: “So what happened inside? What was negotiated?

“Alaa had no idea how big the support was around her,” she continued.

Egypt’s turn to host the UN climate summit in the resort town of Sharm el-Sheikh comes to an end this week, with Abdel Fattah continuing to grab global headlines as an example of what rights groups call Egypt’s human rights record “appalling”.

Several speakers at the top ended with the words “You Have Not Been Defeated Yet” – the title of Abdel Fattah’s book. It has become a rallying cry for activists, both at climate talks and online, demanding climate justice and human rights.

Rights groups estimate that Cairo holds around 60,000 political prisoners, many in brutal conditions and overcrowded cells.