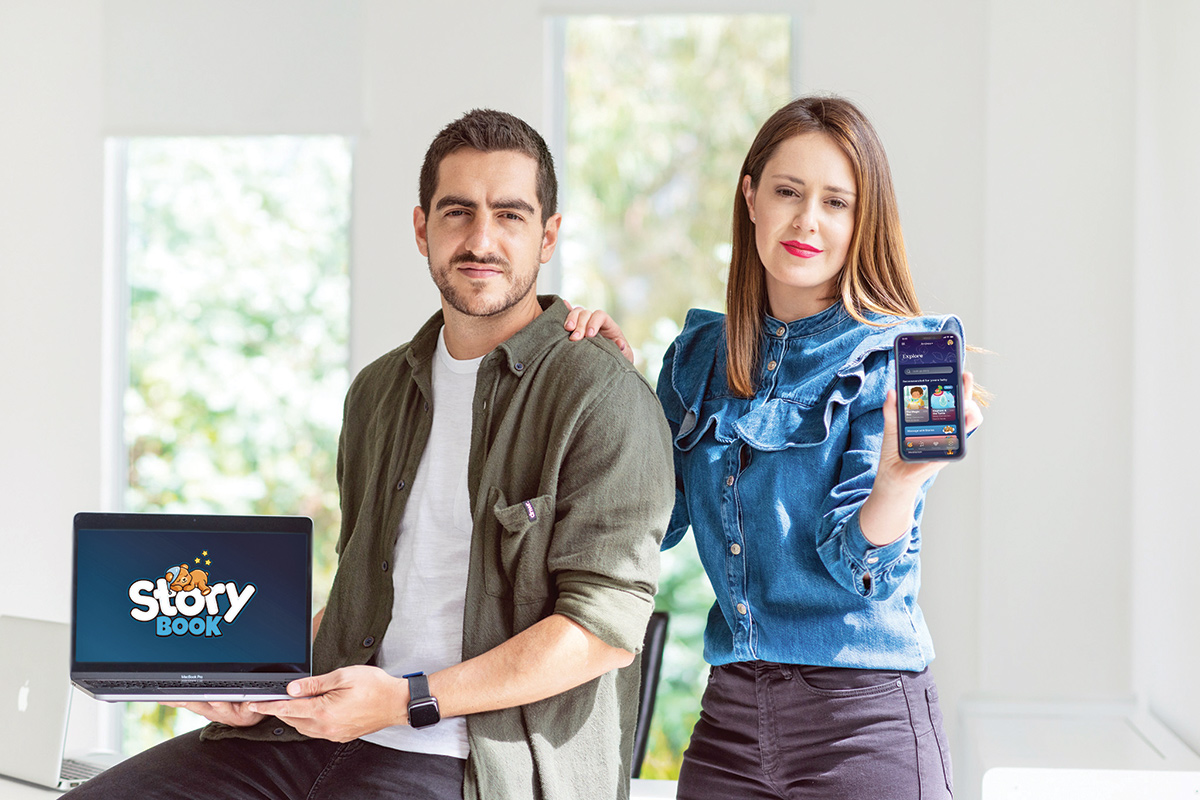 With toddlers in tow, Francisco Cornejo and Daniela Vega packed their bags and moved to Melbourne, Australia, after Cornejo received a full scholarship to pursue a master’s degree there. Leaving behind careers and family support in their native Ecuador, they now found themselves on the other side of the world, knowing no one and struggling with language and the 3pm time change.

The move disrupted their family life. When their children, then ages 1 and 3, were fighting over bedtime, Vega began studying infant massage. When her instructor asked her how she communicated with her children, “that was my ‘aha’ moment,” she said. “I was not really in contact with my children. I wasn’t really enjoying motherhood until we decided to make changes to our bedtime routine and create this space to bond, to be physically emotional through massages, through stories .

The result: children were soon arguing over who got story time first. While Vega’s approach of combining music, massage, and storytelling worked for her, her husband struggled to do all of those things at once. She suggested they create an app that would guide parents through massage techniques and provide stories and music.

In 2017 they returned to Ecuador. With a master’s degree in hand, Cornejo, marketing director for Honda Motors in Ecuador before moving to Australia, received a number of lucrative job offers but turned them all down to work on the app with Vega. They weren’t looking to get into the startup life. “Storybook came to us,” says Cornejo.

After more than a year of research and content creation, the couple publicly launched the Storybook app in 2019. User reviews confirmed what they experienced: the app, aimed at infants up to 12 years, helps parents put their children to sleep, but it also brings families closer together, Cornejo says.

“Much, much more important is building a strong relationship, which will support their emotional health. We believe the greatest opportunity we have is to help parents raise emotionally healthy children, happy children, successful children,” says Cornejo.

Over time, the startup’s science department — with child mental health expertise on board — helped the couple learn more about the effectiveness of their app. “Bedtime stories have been used for many decades as a way to introduce early literacy, have time to bond and help children relax. Massage has been scientifically proven to relax the body and stimulate deeper sleep. When you combine the two with the loving hands of mom or dad, you get a really powerful combination,” says Vega. Plus, she says, physical affection increases oxytocin and lowers cortisol in children’s brains, allowing them to grow emotionally healthy for life. Storybook is planning a clinical trial with Florida International University and an Ecuadorian university studying the benefits of combining massage, music and screen-free story time.

The multilingual app’s more than 100 stories, all written by Vega, become more complex as children get older, but all contain messages and lessons such as respecting others, overcoming obstacles and understanding differences . One of Vega’s favorites: “Fantastic Girl” about a girl born with an extra chromosome, which causes Down syndrome. “The story is inspired by a real girl who loves, dreams and lives like any other girl her age.”

A family philosophy is rooted in the startup culture. “No one misses school plays or when their kids are sick or when they’re just playing with their kids,” Cornejo says. The company, which employs 15 people, also offers three months of paid maternity/paternity leave and uncapped sick leave, as well as consultancy services.

Their children, Juan Daniel and Tomas, now ages 10 and 8, are fans, users, and creative contributors to Storybook. They inspired stories, helped with character development, suggested character names. “It’s a big inspiration for them to see that we’re working on something with such a big goal. Now they are taking coding courses and they dream of creating their own apps or video games,” says Cornejo.

In 2020, in a fundraiser via Zoom, the co-founders attracted their first high-profile investor, Silicon Valley’s Jason Calacanis, who was an early backer of Uber and Robinhood. . For a current $2 million round of funding they are raising, Calacanis invested again and Magma, a well-known Latin American venture capital fund, recently joined. Google for Startups invested $100,000.

Over 2 million families worldwide have downloaded Storybook. This year, the startup is on track to eclipse $2 million in revenue, Cornejo says. A one-year subscription to the Storybook app costs around $50 (there is also a free version). Storybook also sells subscriptions to companies and organizations, which offer them as benefits or promotions. The startup partners with nonprofits and foundations to help provide Storybook to those who can’t afford it.

In January, the couple and their children moved to the Miami area to continue growing the business with the goal of reaching tens of millions of families over the next few years.

“At some point, Storybook won’t just be the app you see now. We’ll also be an online learning space to help parents learn important things about parenting that no one is teaching you. important for us to have a community for the parents to feel that they are part of something, so that is forward for us too,” says Cornejo.

The couple faced tough start-up challenges, but working together isn’t one of them. “One of the things they tell you is whoever the co-founder is, it’s like marriage. It really is like marriage — and it works perfectly,” Cornejo says. They share the same values ​​and the same vision but have distinct roles Cornejo oversees the commercial side, Vega the creative aspects.