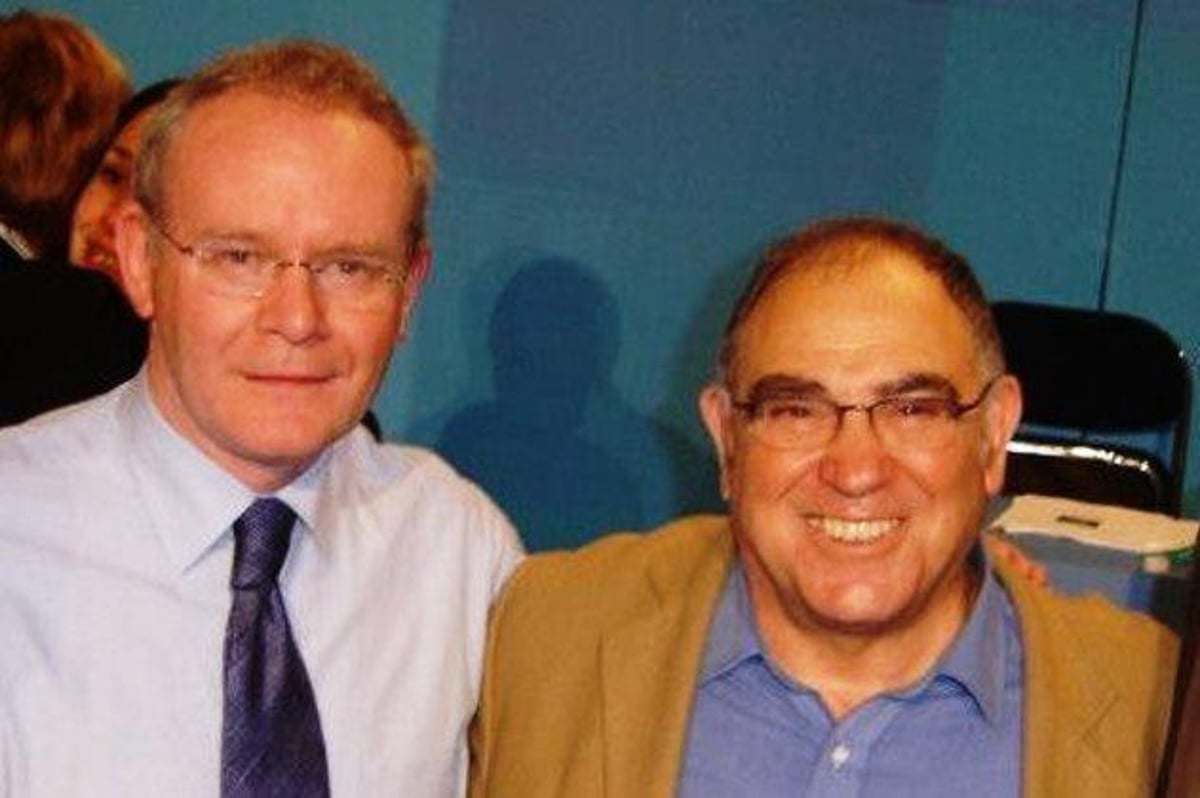 Former comrade of Nelson Mandela for the Derry event

Ronnie Kasrils will be in town for the local launch of “International Brigade Against Apartheid: Secrets of the People’s War that Liberated South Africa”.

The book, which Mr Kasrils edited, features testimonies of people from other countries who helped the ANC’s military wing, Umkhonto we Sizwe (MK), to overthrow the apartheid regime in South Africa.

These partisans often worked in secret, acting as couriers, providing safe havens and smuggling weapons and fighters across the border.

Ronnie Kasrils with the late Martin McGuinness while visiting Ireland a few years ago.

As a young man, Mr. Kasrils was radicalized by the Sharpeville massacre (1960) in which police shot nearly 70 unarmed protesters and injured nearly 200 others during a peaceful protest against the infamous famous South African pass laws.

A Marxist revolutionary, Kasrils was one of the co-founders of Umkhonto we Sizwe with Nelson Mandela. The press dubbed Kasrils ‘The Red Pimpernel’ for his ability to travel in and out of South Africa on clandestine missions. He served on the ANC’s National Executive Committee for 20 years and, after the end of apartheid, served as South Africa’s intelligence minister from 2004 to 2008.

The local launch of ‘The International Brigade Against Apartheid: Secrets of the People’s War that Liberated South Africa’ will take place at the Free Derry Museum on Tuesday 14 June at 8pm. The book launch will be followed by a Q&A event with Mr Kasrils, chaired by former Stormont Assembly Speaker Mitchel McLaughlin. Mr McLaughlin is a former Sinn Féin General Secretary and MPP.

The size of the venue means that only a small number of tickets are available for this event. People are encouraged to book early to avoid disappointment. Tickets are free and can be reserved using this link: https://www.eventbrite.co.uk/e/bloody-sunday-50-book-launch-international-brigade-against-apartheid-tickets-361092927667

Tuesday’s book launch and Q&A is part of “BloodySunday50”, a year-long program of events organized by the Bloody Sunday Trust to commemorate the 50th anniversary of Bloody Sunday. The Trust chose “One World, One Struggle” as the theme for the series.