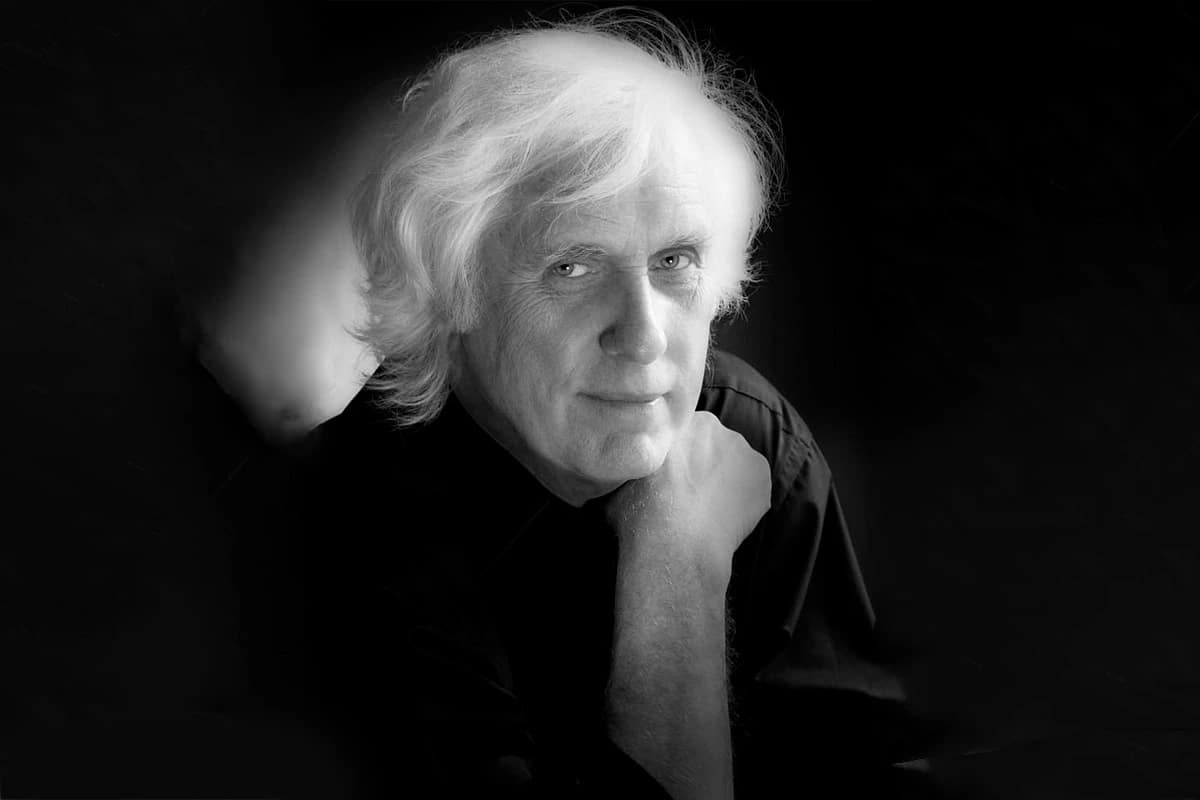 Marilyn Monroe lying on the bed. The smile of an angel wrapped in silk, captured by the eye of a young photographer. Douglas Kirkland liked to recount this unreal encounter. Blind spoke to the Canadian photographer in 2019 at Gallery GADCOLLECTION*, in Paris, for his exhibition entitled “My loves”.

His loves were the indomitable Brigitte Bardot who played cards, a cigarette clinging to her lips, the angelic Marilyn Monroe, Naomi Campbell… All the icons of cinema and fashion appeared in front of Douglas Kirkland’s camera. His death on October 2, at the age of 88, caused great emotion in the world of photography.

Born on August 16, 1934 in Toronto, Canada, Douglas Kirkland discovered photography as a child, through the pages of LIFE magazine. His first models were his family and his friends. He photographs family celebrations, birthdays… sharpening his gaze. Young Kirkland, in his twenties, then moved to the United States where he worked for a studio.

Fascinated by the work of Irving Penn, he tried his luck and asked the famous photographer to become his assistant. “I learned a lot from him. I was impressed. He was everything I wanted to be. I learned from him how to tell a story, “he confides to Blind in Paris, with his broad smile and deep blue eyes.

So begins a career for See magazine. Then quickly, Kirkland became the favorite photographer of the stars. He immortalized more than 600 celebrities, and was the photographer on the sets of the greatest masterpieces of the 7th art, such as 2001: A Space Odyssey Where Titanic.

What animated Douglas Kirkland were the encounters, the stories, the intimacy created within the studio, for a moment. “I’m interested in the people I photograph,” he liked to repeat.

Revealing the intimacy of the greatest celebrities through their look, revealing their fragility, this is the formidable talent that emerges from Kirkland’s photos. His most emblematic series remains that of 1961 and the fifty emblematic photos of Marilyn Monroe in these silk sheets.

“I was in awe. I was trying to calm down,” he said. He will spend three days with the icon. A photo of the making-of shows him perched on a balustrade, his feet half in the air, taking a picture from his perch of Marilyn, lying on the bed. A unique moment in the life of the photographer. The result was an unforgettable series and reference book: An evening with Marilyn.

In Mexico, on the set of the film Long live Maria! , directed by Louis Malle (1965), he meets Brigitte Bardot. “I was the only photographer. But she didn’t want to work, she wanted to play. So I played with her. Douglas Kirkland photographed the angel of French cinema, cigarette in mouth, playing cards, sitting on a carpet. Irresistible and eternal.

For each portrait, Douglas Kirkland took the time. He was sorry to see that the industry always wanted to go faster. He liked to discuss with his model, to know him, to grasp all his humanity, his dignity. Whether Naomi Campbell, Audrey Hepburn, Michelle Obama, Leonardo DiCaprio, Andy Warhol, Coco Chanel and so many others…

The Best US College Towns to Visit This Fall