Dolores sweeps Mancos away during reunion week – the journal 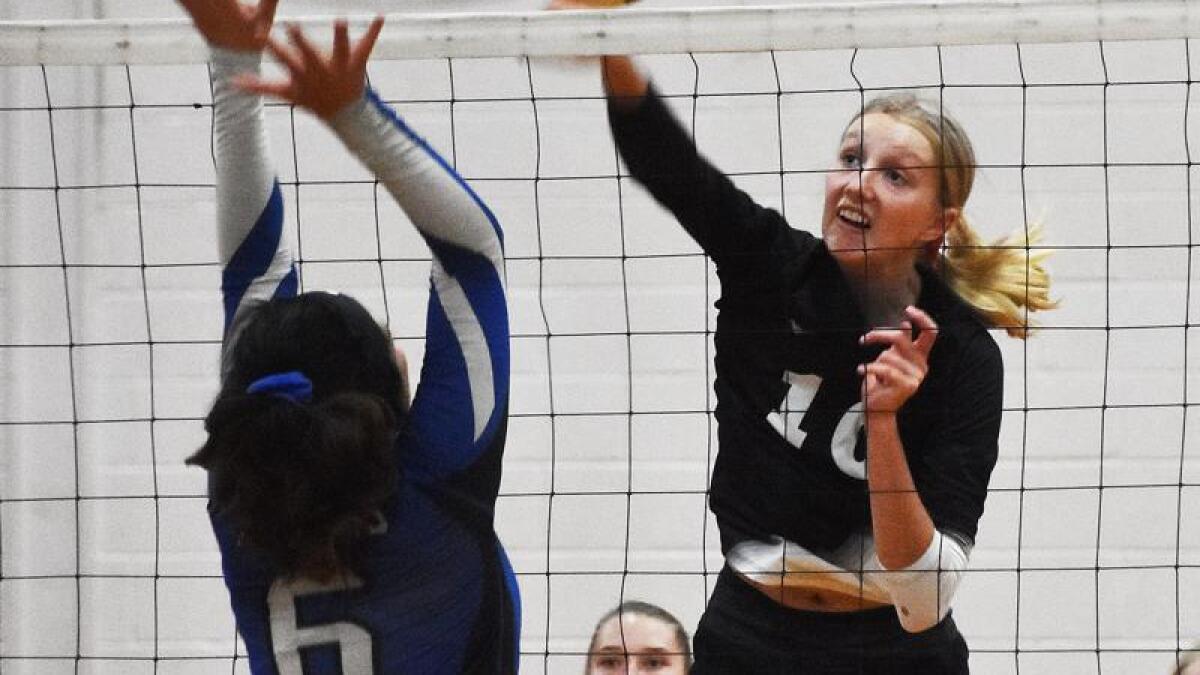 DOLORES – During a messy week at Dolores High School, it seemed entirely appropriate that the return home game with Mancos followed suit.

Long rallies, major momentum changes and a fiery Dolores Fieldhouse crowd marked the culmination of an otherwise temperate Dolores return week, as the Bears edged out Mancos on Thursday, 25-23, 25-23 , 27-25 to sweep the season series with the Jay.

The Bears (6-6, 4-1 2A / 1A SJBL) entered the competition in a bid to extend their winning streak against Mancos to 19 straight games, a streak in which Dolores lost just three sets. combined against the Bluejays.

Mancos made them win.

Dolores turned to their own top executives, led by Brown, to bring out the first set fireworks. The Bears defeated a few Mancos rallies in the set, but came out with a 25-23 victory.

It was an indicator of how close the game was going to get.

Dolores would respond with her own run to briefly regain the lead, but Bluejay junior Shelby Jabour would serve the visitors ahead on a 3-0 mini run.

Then, after the lead shifted to the next dozen points, it was Cannon who again damaged the service line, as the Jays posted a 4-0 run, highlighted by two spikes of Yeomans, to take their biggest lead of the set, 19-15. 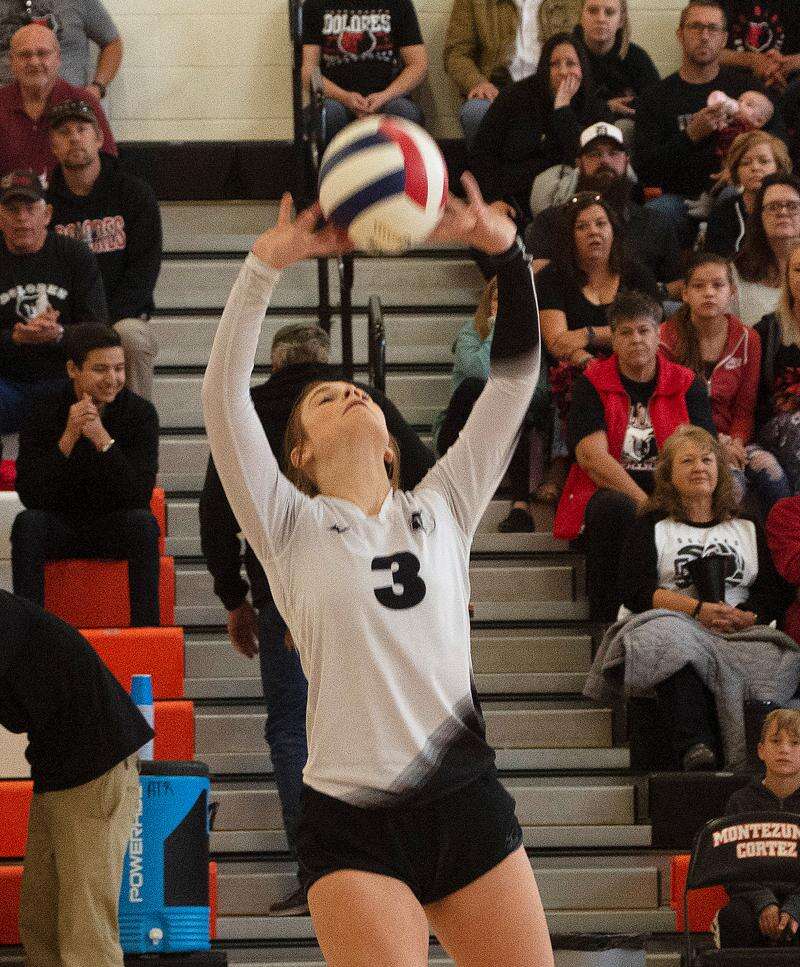 Dolores High School Kamri Willbanks installs her teammates in this file photo. On Thursday, she presented the Bears with appetizing sets to monopolize the net game and liven up Dolores’ student section. 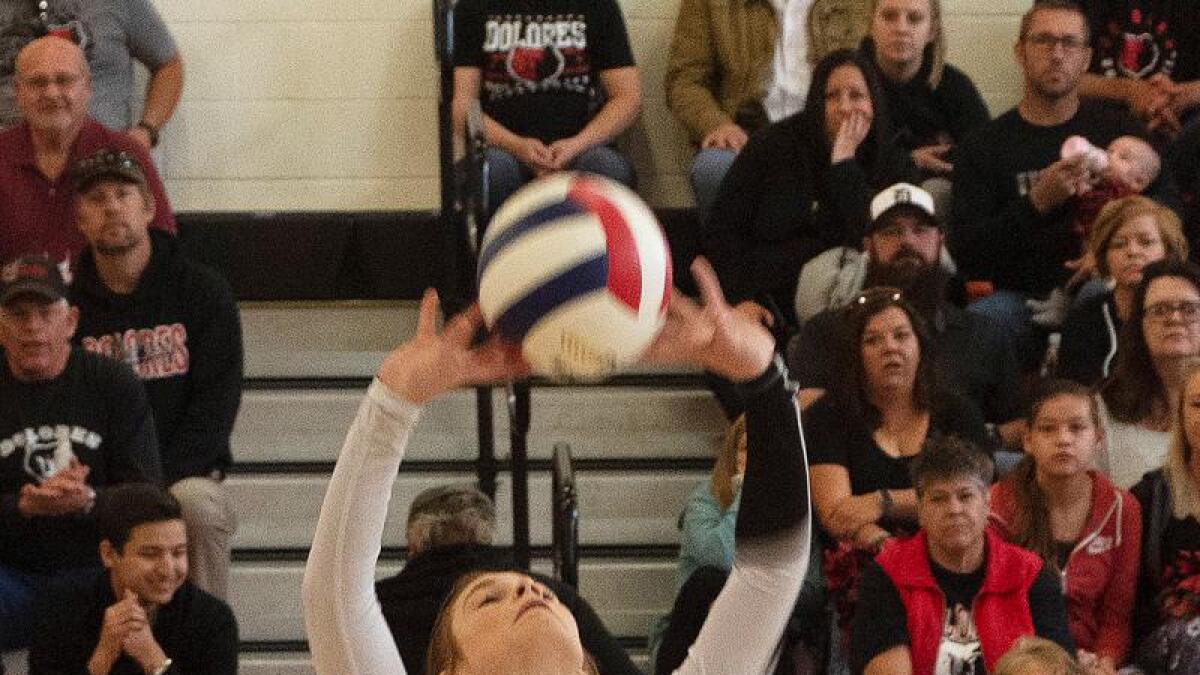 The Bears found the answer, as they often do, in their powerful elder, Erin Brown, who led a six-point-of-the-next-seven streak to give the Bears the lead. Senior passer Kamri Willbanks helped lead the charge, delivering mouth-watering sets for Brown and the Bears to monopolize net play and liven up Dolores’ student section.

“We love playing Mancos,” said Brown, of the fiery crowd, “the energy in the gym is always great.”

With the Bears within two points of the second set, Mancos sophomore Haylie Higgins brought the Jays to life with a decisive win to draw at 23-22. However, Dolores had another response, junior Chandler Smith firing a kill on set point to draw the hosts within a set of a sweep.

Momentum squarely in the black and red squad, it looked like the Bears could get away in the third set. Senior Autumn Gonzales was constantly on the move, keeping plays alive and forcing her opponent to make one more play. His momentum helped the Bears win 8-3 in the third set.

Yeomans brought the Jays back to a tie a few minutes later, thanks to a 5-0 that got the visiting crowd to stand up.

After Mancos briefly took the lead of the set, Dolores fought back with senior Kira Messier and junior Valentina Tarini playing big roles in a streak of long runs in which players from both teams kept the point alive.

“Kira (Messier) was someone who really stood up for us today,” said Brown. “She worked hard in training and we put her in a position that she’s never played before.”

The Bears inflated their lead to 22-18 on Tarini’s serve and appeared to be on track for the sweep, but the Jays had different ideas. Mancos junior passer Jessie Wallace extended several games for Mancos and managed a few timely wins in a rally to put Mancos ahead 24-23, now with their own set point to extend the game.

Dolores played another play, it seems, all night long, and Brown was a part of it often. His elimination, with the help of a gentle drawstring, turned the game around, tying the game at 25, before Dolores closed the game two points later, 27-25.

“We’ve had a tough week for Homecoming as a school,” Brown added, referring to illnesses within the school that left the Bears short-staffed and also postponed the Homecoming football game, “So that was our chance to have something exciting for school. So the fact that we took this one out was really important.”

For Mancos head coach Brianna Yeomans-Allison, the Bluejays’ ability to rally, even against a league powerhouse like Dolores, continues to be a place to build for his young team. “All of our players bring something to the table,” said Yeomans-Allison, “and a game like this gives us the belief that we can compete with anyone.”

In a match where the momentum changed several times with each set, Yeomans-Allison recognized how close his team came to changing the overall skin tone of the match. “We’ve only had a few moments where we haven’t been able to capitalize – we’ve put a few in the net – but I think the girls are really going to take advantage of that.”

Mancos had won three of their previous four games and appear to be moving closer to the top three in the league – Dove Creek, Dolores and Ignacio.

“They’re starting to trust our system and trust each other, and I think we can turn around after this one and start winning again,” added the Mancos head coach.

Dolores will be hoping to continue winning at her home turf as they host Nucla and Norwood next week in a five-game home stand. They will face the Mustangs on Tuesday, October 5, before the Mavericks arrive in town two days later.

Mancos is preparing for a trip to Telluride on Saturday October 2, ahead of games with Ignacio and Ridgway on October 7 and 9 respectively.

Call for applications: the question of personal ...