Bruce Hooley was the sports editor of the Troy Daily News from 1983 to 1986 and covered Ohio State athletics for over 25 years. Bruce was the OSU beat reporter for The Plain Dealer in Cleveland from 1987 to 2005. From 2005 to 2011, he hosted the afternoon show on ESPN 1460 AM radio in Columbus before moving to hold a similar ESPN discussion position with WKNR, 850 AM, Cleveland. Most recently, Hooley was the Ohio State Football and Basketball Beat Reporter for Sports Illustrated.com. The author of “This is Why I’m Here: The Story of Chris and Stefanie Spielman, he returns for his second chapter as a beat reporter Buckeye and general columnist with Press Pros.

Things in and out of his control conspired against New Albany for the past two seasons, but the Eagles were tired of waiting for a trip to the last weekend of the state baseball tournament and did so on Saturday. against OCC rival Olentangy Orange.

When Brady Conley lost his balance and stumbled to a brick wall On the first day of baseball practice in the New Albany High School gymnasium in early February, he reached out to prepare and felt both a ligament and two bones in his left wrist rebel.

Any plans he had for his final year seemed in enough jeopardy by this point – one that looked a long way off on Saturday afternoon when Conley ended up cradling the Division I Central regional championship trophy after a 3- win. 1 over Ohio Capital Conference rival Olentangy Orange.

“Brady was finally cleared to play just three weeks ago,” New Albany coach Dave Starling said. “This young man, you want to talk about stepping up, coming back player of the year… whatever you want to call him. I just love this kid.

Bruce Hooley writes The Buckeyes and shares his ideas as a General Columnist for Press Pros Magazine.com.

Conley relieved with a sur and no outs early in the fifth inning in a 1-1 game with second-placed Olentangy Orange, threatening to take the lead in front of a sun-drenched crowd at Dublin Coffman Stadium.

He struck out the first two hitters he faced, but then hit the leader Caden Konczak with a curveball.

This led to Vanderbilt hiring Matt Wolfe in the plate, the 4-on-4 batting star of Orange’s regional 8-7 semi-final victory over Westerville South, with men in first and second.

Two innings earlier, Wolfe faced New Albany starter Elijah Griffith with runners in the second and third and one out and Orange (27-4) trailing, 1-0.

Griffith (6-1) tricked Wolfe into fouling, then No.3 hitter Josh Laisure retired on a right volley.

“At that point, I’m just like, ‘How are we going to limit the damage? “Starling said.” I didn’t want to get off more than one. When Elijah got out of it, it was one of those ‘Are you kidding me?’ Moments.

Now Conley was set to create another such breakout for Starling and the Eagles (27-5).

First, however, Conley relied heavily on Wolfe, in part because of another wandering curve ball thrown at his back.

So now the two Orange runners were on the move, Conley had to throw his fastball and Wolfe and everyone in the stadium knew that.

“I was just trying to throw a strike,” Conley said. “I’m trying to let the hitters get away with it.” 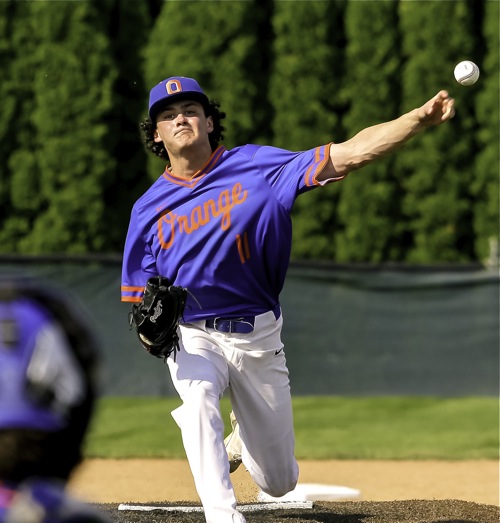 Cole Cahill throws a pitch for Olentangy Orange in Saturday’s 3-1 loss to New Albany in the Div. I regional final.

Second baseman Mattox Meade grabbed Wolfe’s harmless pop-up and the sigh of relief at having escaped yet another jam caused New Albany to rally to the bottom of the frame.

Caden Robinson lined up a starting single on the gauntlet of Cole Cahill, who pitched well for Orange by going the distance, striking out eight strikes and allowing six hits.

Robinson stole second place on a very tight play after apparently being knocked out, then came back to score when Andrew Ecleberry bounced a blind single through the shortstop spot that Wolfe left to follow Robinson Secondly.

Senior Ian Hoff’s brace in the last of the sixth added an insurance point to New Albany’s 2-1 lead, and Conley – who struck out seven of nine batters he faced – put the finishing touches to victory with a seventh 1-2-3.

“We all had 100% confidence in Brady,” Hoff said. “We all knew what he could do. It’s a shame he missed most of the season. But we’re as happy as possible that he’s back for the playoffs.

That sense of relief permeates the Eagles’ schedule as they head to a 7 p.m. State semi-final game on Friday against Walsh-Jesuit (26-3) at Canal Park in Akron.

New Albany was 27-1 in 2019 before a surprise regional loss to Upper Arlington. 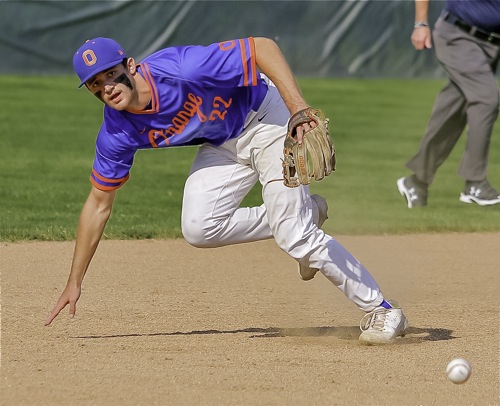 Olentangy Orange shortstop Matt Wolfe struggles to spill a ball on the ground during Saturday’s game with New Albany.

Last year, the Eagles had a once-in-a-lifetime starting lineup – including twins Mike and Jack Sokol, now playing Ohio State and Auburn respectively – when COVID called off the season.

“When you’ve got four Division I arms in your starting rotation and you’re told you can’t play a single match…” Starling said, her eyes narrowing and her brow furrowed at the memory. “Not having the opportunity was difficult. These guys took some of that slack. They have carried this weight on their shoulders all year round.

Orange is now putting up with a similar disappointment, but with the return of Wolfe (junior) and Cahill (sophomore), the Pioneers have a powerful bat and a reliable arm to build on.

“I think we played this game like we were supposed to, we just didn’t get the hits we needed,” said Orange coach Tom Marker. “Their pitcher threw the shots and commanded the area and did a really good job. They brought the kid Conley and he did the same.

Bruce Hooley hosts the We Tackle Life podcast on iTunes and GooglePlay, hosts the Bruce Hooley Show from 5pm to 7pm. Monday through Friday on 98.9 FM The Answer in Columbus and posts religious content on Bruce Hooley’s YouTube channel. 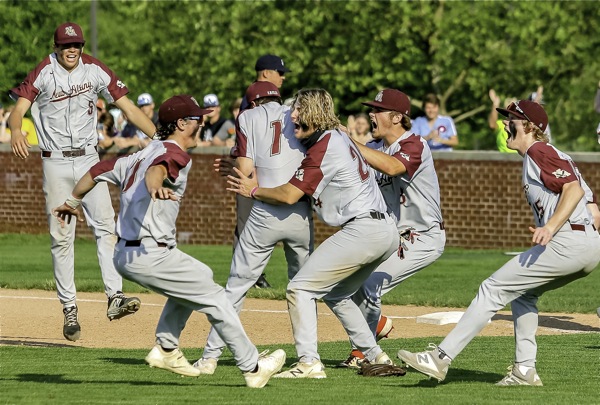