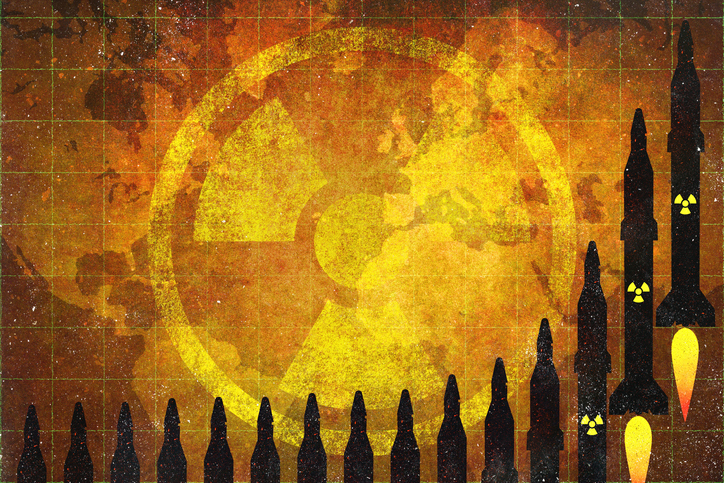 Sixty years ago, during the Cuban Missile Crisis, I was in my mother’s womb. My young, sweet mother was terrified that I would never be born, as the world teetered on the brink of unimaginable calamity.

I have worked for nuclear disarmament since 1983, but here we are, perhaps closer to nuclear catastrophe, with Russian President Vladimir Putin’s thinly veiled nuclear threats in his disastrous war against Ukraine, than any time since John Kennedy and Nikita Khrushchev found their way to the brink six decades ago.

Decades of progress in reducing the total number of nuclear weapons in the world have recently been undermined by the rollback of nuclear weapons treaties, the lack of progress on disarmament (in fact, on the contrary, a new race to armaments with all nuclear states “improving” their arsenals) and hypocrisy on the non-proliferation of nuclear powers.

There are now nine nuclear-weapon states – the United States, Russia, China, France, Britain, Pakistan, India, Israel and North Korea – and many more which could go nuclear if they so choose. Obviously, humanity has so far failed to deal with the existential threat of the weaponized atom.

Moreover, the fact that a single person, the chief executive of these nine countries, on his own authority, could start a nuclear war that could wipe out all or most life on Earth is unacceptable if the we have the slightest idea of ​​democracy or the common good.

Harvard professor Elaine Scarry put it simply in her incisive book, “Thermonuclear Monarchy: Choosing Between Democracy and Fate.” Why, in our supposedly advanced state of social development as a species, do we allow such power to be vested in nine individuals, is a question worthy of serious examination and sorely needed change.

However, the current crisis brings with it an opportunity to re-engage with nuclear disarmament issues at the local level in order to show our government that it must take reducing, not aggravating, the nuclear threat seriously.

My organization, Peace Action, is part of a coalition called Defuse Nuclear War that is doing just that. With the anniversary of the Cuban Missile Crisis as well as Russia’s current threat to use nuclear weapons in its faltering war in Ukraine, now is a great time to get active.

The requirements of Defuse Nuclear War are simple and clear:

• End the policy of first use of nuclear weapons

In this time of great threat, we cannot sit back and rely on politicians to get it right. Kennedy and his advisers hardly did so in 1962; Perhaps it was more luck than skill that averted Armageddon.

Please get in on the action and invite your family, friends, colleagues and social media audience to do the same. As the Bulletin of Atomic Scientists Doomsday Clock points out, it may be dangerously close to midnight, but we can help turn back the clock of nuclear catastrophe if we act together.

Babies in the wombs of mothers all over the world need us right now.

Kevin Martin, unionized by PeaceVoice, is president of the Peace Action Education Fund, the nation’s largest grassroots peace and disarmament organization, with more than 200,000 supporters nationwide.